A university student in Zambia who was convicted of planning to sell cakes laced with cannabis has been ordered to write an essay on the dangers of drugs.

Chikwanda Chisembele, a first-year civil engineering student at the Copperbelt University, was arrested on Monday after he was found with cannabis-laced cakes weighing over a kilogramme, according to Zambia Reports.

The 21-year-old was arraigned at Kitwe magistrates’ court, where a judge sentenced him to write a 50-page essay on drug use.

He was also told to write letters to the Copperbelt University, his parents and to Zambia’s Drug Enforcement Commission (DEC) before November 15, 2019.

The court further imposed a two-year suspended jail term on Chisengele, meaning that he will not spend any time in jail unless he commits another offence.

In Zambia, the trafficking, possession and use of drugs such as cannabis is punishable by a fine or a prison sentence, reports the BBC.

Marijuana is illegal in several African countries but this has not prevented people from consuming the drug. Smoking, which is the commonest way people use the drug, can be easily detected and hence the culprits can be arrested.

The trend is increasingly changing, as the drug is now being concealed in various products one could not easily suspect, making it difficult for security agencies to effect arrests.

For instance, cookies laced with marijuana are increasingly becoming a favourite narcotic drug for many, especially students and even basic school pupils.

A research conducted in Kenya by the National Authority for Campaign against Alcohol and Drug Abuse found such cookies on several university campuses. These cookies are usually consumed during parties, with most people taking them as depressants.

In Ghana, such cookies are sold by unscrupulous traders at less than a dollar to the youth. Health experts say these weed-infused biscuits are more dangerous than drugs injected since they stay in the stomach for almost 24 hours.

Toffees are also now more than ever being infused with cannabis to get high. The police in the Eastern Region of Ghana recently arrested a woman who was said to be selling candy made of weed to children in her community. Last June, police in Kenya arrested two university students for baking weed cakes.

In recent times, operators of roadside eateries and other joints have also been using cannabis to prepare soups for their customers.

Alcohol infused with weed has also become the norm lately, despite its health concerns.

In South Africa, local breweries have recently reported of brewing batches of gin mixed with hemp, while in Nigeria, celebrities are said to be consuming such drinks in large quantities.

Despite being a controversial drug, marijuana or cannabis, in several parts of the world, is being used to alleviate suffering from various diseases.

Globally, more and more states, particularly in America, are passing laws to allow the sale of marijuana in some form. In Africa, countries like Zimbabwe, Lesotho, and South Africa are beginning to tap into the profitable industry following the global rise in the use of cannabis.

As entrepreneurs, businessmen, including celebrities across the globe cash in on the industry in their numbers, scientists have also discovered that the substance, particularly, medical cannabis, has therapeutic value for a range of health conditions, including cancer, multiple sclerosis, epilepsy, arthritis, and HIV/AIDS. 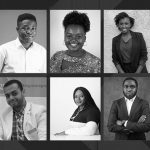 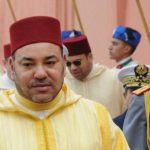