The government says it is working towards starting to tax Netflix streaming service in Zambia.

Information and Broadcasting Services Permanent Secretary Chanda Kasolo says the Zambian government is displeased that some foreign content service providers are making money in Zambia without paying any taxes.

He said the money being generated by streaming services such as Netflix should be made to pay some form of taxes to the Zambian government.

“Working with my Minister Honourable Siliya and our team at the Ministry, we are working on coming up with a tax regime for these streaming services such as Netflix so that the revenue they are harvesting here start ploughing back into the country,” Mr Kasolo said.

Mr Kasolo said government is concerned that a lot of local television stations in Zambia are depending on foreign content.

He said such content has a negative impact on the minds and development of Zambian children.

Mr Kasolo explained that the foreign content being broadcast has prompted government to compel local stations to broadcast 60 percent of local content so that viewers have access to information that promotes Zambia’s culture.

The Permanent Secretary was speaking on Tuesday during the launch of Diamond TV on the DSTV platform on channel 271.

Mr Kasolo commended the television station for ensuring that 90 percent of its content is local.

Netflix, Inc. is an American media-services provider and production company headquartered in California, founded in 1997.

The company’s primary business is its subscription-based streaming service which offers online streaming of a library of films and television programs, including those produced in-house.

As of April 2019, Netflix had over 148 million paid subscriptions worldwide, including 60 million in the United States, and over 154 million subscriptions total including free trials. 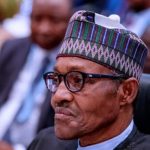 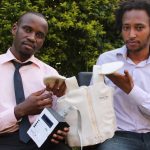