Her girlfriend, Patience Cater(pictured right), narrated her horrifying lengthy ordeal, of how she and Akyra(pictured left), had to go back into the club to save their friend, Tiara.

Akyra was only 18 and had just graduated from high school. She had been persuaded by her friends, Patience and Tiara, to go with them to the Pulse gay nightclub to celebrate her graduation. She didn’t come out of there alive.

Many nightclubs bar minors where alcohol is served but Orlando and Pulse Nightclub allow under 21 to enter. Akyra had been dropped at the nightclub with her girlfriend Patience Carter, by her mum.

According to her friends, Akyra was a bright student who graduated third in her class at West Catholic Preparatory High School in Philadelphia. She had plans to attend Mercyhurst University before her life was cut short on Sunday June 12th when Omar Marteen opened fire, killing 49 people.

According to reports, after being shot in the arm by the gunman, Akyra hid from him as he stalked his victims in the club. Frantic, she sent a text to her mother, Natalie Murray, who had dropped her and a girlfriend off at the club at 11:30 p.m. Saturday.

“She doesn’t drink, she just wanted to have a good time,” Natalie told the NY Daily News.

She recalled the chilling text message from her daughter, saying there was a shooting at Pulse. Natalie called her daughter as she raced back to the club. She told Akyra to apply pressure to the wound and stay calm. Akyra cried for her mother as she hid in a bathroom stall.

Natalie hung up the phone to call 911. She never spoke to her daughter again.

Akyra’s girlfriend, Patience Carter, 20, was also wounded in the attack. The New York University student and musician is expected to recover.

Akyra is the youngest victim of the worst mass shooting in modern U.S. history. 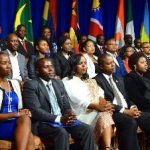 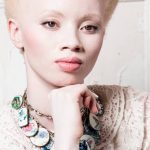