Adolph Robert “Young Dolph” Thornton Jr was a rapper from the United States. Thornton was born on July 27, 1985, in Chicago, Illinois, to Adolph Thornton Sr. and an unknown mother. He had two sisters and two brothers as well. He was Jarad Anthony “Juice Wrld” Higgins’ second cousin.

Thornton released his debut mixtape, Paper Route Campaign, in 2008. Paper Route Empire, his own indie record label, was founded two years later, in 2010. He released mixtapes before releasing his debut album, The King of Memphis, in 2016. The single “Get Paid” was included on the album. Despite receiving favorable reviews from critics, the album failed to sell at least 500,000 copies.

Bulletproof, Thornton’s second album, was released in 2017. The album included the single “That’s How I Feel,” which featured Radric Delantic “Gucci Mane” Davis. Bulletproof, like his last album, did not sell at least 500,000 copies. That same year, he released Thinking Out Loud, his third studio album, which had three singles: “While U Here,” “Believe Me,” and “Drippy.” This album, once again, sold fewer than 500,000 copies. Thornton’s other albums include Role Model (2018), Dum and Dummer (2019), Rich Slave (2020), and Dum and Dummer 2 (2021) with rapper Key Glock.

Thornton was shot three times outside a retail store in Hollywood, Los Angeles, in 2017, but he survived. Corey McClendon was eventually caught for the gunshot and charged with attempted murder, although he was later acquitted. Thornton, 36, was shot and killed by two unidentified shooters in Memphis on November 17, 2021, while picking up cookies for his mother from Makeda’s Homemade Butter Cookies. The case is still unsolved. Following his death, several condolences from fellow artists and the general public in Memphis were released. 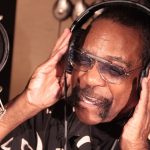 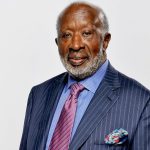