Oprah Winfrey made sure she reminded us of the importance of voting when she visited Georgia to campaign for Democratic gubernatorial candidate Stacey Abrams.

She explained what motivated her to travel across the country to a packed room in Marietta, Georgia.

“Georgia, you’ve been on my mind,” the mogul said. “I was just sitting at home in California minding my own business, but I could not stop thinking about what’s going on down here.”

Winfrey began by making it clear she came out on her own without any prompting from Abrams.

Even Abrams was surprised to hear from the media mogul. When Winfrey called, the candidate dropped everything to speak to her.

“And you know what she said? She said, ‘Girl, let me pull over to the side of the road,'” Winfrey said of their first call.

Abrams agreed and said she was “having a little out of body experience,” according to The Atlanta Journal-Constitution.

Oprah then spoke at length about what attracted her to Abrams, NBC News reports.

Winfrey took some time during her remarks to stress the importance of voting and challenged the audience to remember the people who were “oppressed” and “lynched” as they worked to secure the vote for all Americans.

“I want you to know at their blood has seeped into my DNA, and I refuse to let their sacrifices be in vain,” she said. “For anybody here who has an ancestor who didn’t have the right to vote and you are choosing not to vote, wherever you are in this state, in this country, you are dishonoring your family, you are disrespecting and disregarding their legacy, their suffering and their dreams when you don’t vote.”

The Wrinkle in Time star touched a nerve with her impassioned plea for full voter turnout, because a crowd at another Atlanta-area rally enthusiastically chanted, “You get a vote,” a variation of one of her most famous catchphrases, to a tickled Winfrey and Abrams.

Following her speech, the entrepreneur took to the streets to personally stump for Abrams:

All this political activity had some wondering if Oprah has plans for a White House bid. She answered those concerns before heading out to knock on doors: “I don’t want to run.” 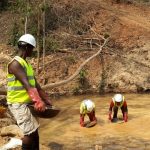 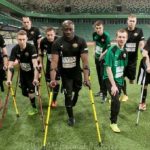