Kenyan Hollywood star, Lupita Nyong’o has been spotted in Ghana embarking on a private tour as part of the on-going ‘Year of Return’ campaign.

Lupita, who is known for the popular role she played in the ‘Black Panther’ movie, is said to have come into the country secretly -a reason why she did not get the usual rousing welcome given to other celebrities who touch base at Kotoka International Airport and pass by the Year of Return secretariat.

The ’12 Years a Slave ‘ star has also kept her on-going tour off any of her official social media sites.

In a photo sighted, Lupita was seen visiting the Cape Coast Castle in Central Region.

However, Zionflelix reports that the Hollywood actress and her crew will stay in Ghana for a while to enjoy the beautiful places in Ghana.

Lupita shot to fame she landed her first feature film role as ‘Patsey’ in Steve McQueen’s historical drama ’12 Years a Slave’ in 2013, for which she received critical acclaim and won several awards, including the Academy Award (Oscars) for Best Supporting Actress.

She became the first Kenyan and Mexican actress to win an Academy Award. 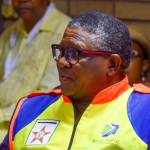 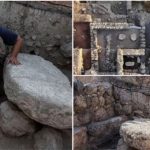