The first wave of Nigerian nationals left South Africa on Wednesday after a week of violence against foreigners.

The Nigerian government announced the repatriation of 600 of its citizens. But only 200 arrived in Lagos on Wednesday.

According to Abike Dabiri, head of the country’s Diaspora Commission, South Africa has prevented a number of them from leaving, citing documentation problems.

“South Africa has prevented nearly half of them from leaving the country, citing documentation problems. But they’ll be here later, “ she wrote on Twitter.

ALSO READ:  Africa's Top 10 Most Indebted Countries According to World Bank Revealed - Is your country among?

South Africa denied almost half of them from coming yesterday . They claimed documentation. But they will still return subsequently .And @flyairpeace Chairman says he is on standby . Great gesture https://t.co/gXggHp6eBB

Back home, the 200 returnees expressed their joy and condemned the xenophobic violence in South Africa. When they got off the plane, they waved placards with the message “No to xenophobia”.

Emmanuel Iyoha, a returnee, told reporters: “I went to South Africa at the age of 6, where I spent about 10 years. Returning to Nigeria is a new experience and I am happy because I feel safe.

“With all this, the killings, the looting of shops and all that, I just decided that no, it’s time to go home” said Temilade Tosunde, another returnee. 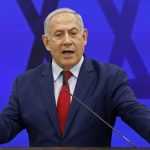