The Ethiopian government on Thursday urged the South African government to give the necessary protection to Ethiopian nationals residing in the country.

Ethiopia’s State Minister of Foreign Affairs Hirut Zemene made the call during her meeting with the South African Ambassador to Ethiopia, Ndumiso Ndima Ntshinga, in Ethiopia’s capital Addis Ababa.

The Ethiopian government made the call in a statement against the backdrop of the recent attacks on foreigners living in South Africa.

Zemene, who condemned the attacks on fellow Africans and the looting and destruction of foreign-owned shops and properties in South Africa, expressed “deep sadness” at the recent incidents in that country.

ALSO READ:  This Ugandan Man Is Due For Deportation After ‘Failing To Prove He’s G'ay’!!
Loading...

The Ethiopian government quoted the South African Ambassador as saying that the recent violence in South Africa were “totally unacceptable and saddening.

“I believe that things will return to normalcy as the government has attached due attention to the problem.”

The Ethiopian government further said that the Ethiopian Embassy in Pretoria would work closely with authorities and members of the community to address the issue.

Xenophobic attacks broke out in South Africa following a planned strike by truck drivers in that country who were protesting the presence of foreign nationals in the trucking business.

In 2015, widespread violence against foreigners broke out in parts of the country, leaving several foreigners dead.

Ever since, sporadic incidents of xenophobia-related attacks have been reported. 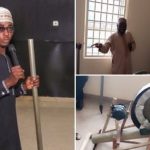 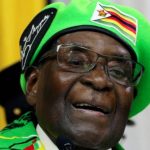