Someone in New Zealand has turned a real dead cat into a handbag and described it as ”a very stylish handbag… for the girl that has everything a one off purse that will grab attention where ever you go.”

The bizarre and possibly morbid item – including the intact cat’s head – is up for sale on New Zealand auction site TradeMe – for a whopping $1,400 starting price.

A description provided says it was made by professional taxidermist Clare Hobbs and stated no animals were killed for Ms Hobbs’ work.

Spokesperson for the website, Logan Mudge, said the company took assurances no cruelty was involved ‘at face value’, Stuff.co.nz reported.

‘It is certainly a statement bag and while it’s not for me, we suspect there will be a buyer out there who is keen. This is a pretty unusual bag and we expect the auction will attract a lot of attention over the next few days.’

Animal activists have condemned the bag, saying the bag was in ‘poor taste’ and ‘disrespectful’, Stuff reported.

‘If you were to do these with people it would be absolutely not acceptable … is turning a cat into a handbag any worse than turning an elephant’s foot into an umbrella stand?’ 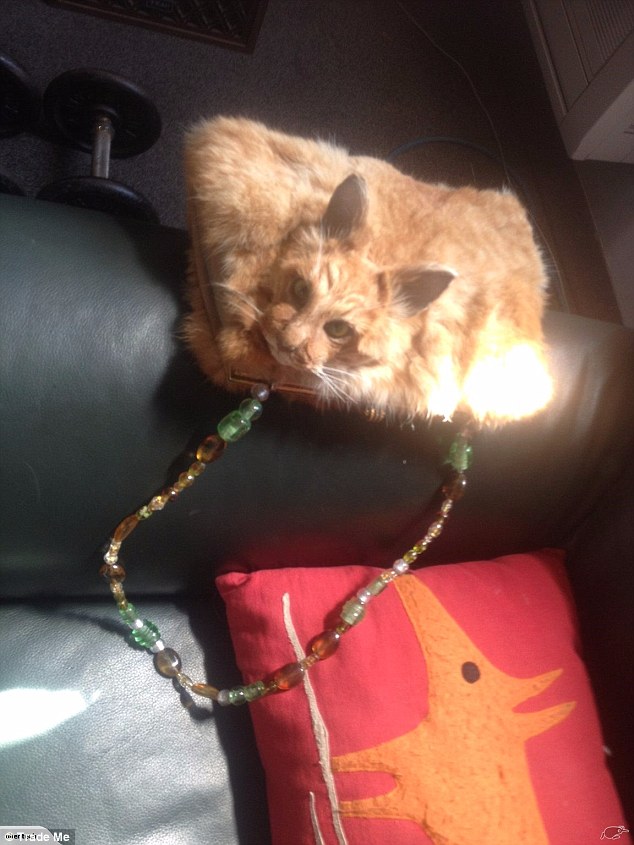 In New Zealand, carrying out taxidermy on animals that had died naturally or been euthanased is legal.