Previous Next
Tensions reached an all-time high yesterday when Donald Trump announced he would bring “fire and fury” to the rogue state if despot Kim Jong-un kept threatening America.
The pot-bellied dictator responding by announcing it was “carefully examining” plans to bomb the US territory of Guam.

Now America has escalated the situation further by announcing the deployment of fighter jets. Two US B-1B bombers have been deployed from Guam amid declarations they are prepared to “fight tonight”.

The planes will take part in a 10-hour mission, flying near Kyushu, Japan, the East China Sea, and the Korean peninsula in a direct threat to Kim. “The B-1 is a long-range bomber that is well-suited for the maritime domain and can meet the unique challenges of the Pacific.”

North Korea has warned it was considering attacking Guam – a huge escalation in the war of words between Kim and his Western rivals. WW3 fears: A B-1B bomber taking off from Guam for the Korean peninsula

A statement issued by his news agency said: “[We are] now carefully examining the operational plan for making an enveloping fire at the areas around Guam with the medium-to-long-range Hwasong-12 strategic ballistic rocket.”

Just hours before Mr Trump had issued a dire warning to Kim to stop sabre-rattling. He said: “North Korea best not make any more threats to the United States.

“They will be met with fire and fury like the world has never seen.” 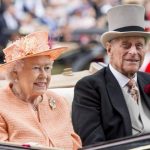 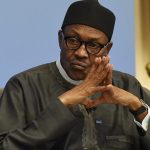