Colonial powers traditionally European have left lasting legacies in the countries they once controlled, and often, it’s not for the best. But while the majority of nations have to deal with colonial legacies in some respect, a select few managed to escape colonial rule altogether. The following non-European countries were never ruled by a European country for any significant period between the year 1400 and the present. These countries are currently operating as sovereign and independent states. Here are 10 countries that were never colonized.

Liberia officially became a country in 1847, but before that, several countries had set up trading posts throughout the region, including England, Portugal, and the Netherlands. Some claim the U.S. had set up colonial rule in Liberia for a period. The Cape Mesurado Colony on the Grain Coast was established in 1821 as a place to send former slaves from the U.S., but the short time-frame and lack of over-reaching American influence allows Liberia to qualify for this list.

Apart from a five-year period when Ethiopia fell to Mussolini’s New Roman Empire, Ethiopia has maintained its autonomy throughout history. The Italians were ejected by the British in 1941, and Ethiopia regained its full independent status in 1944, but had existed independently way before then. Even during the Italian occupation from 1936 to 1941, Mussolini’s troops were under constant attack from Ethiopian guerrilla troops and Italy never maintained full order in the country.

Japan was one of the only Asian countries to escape Western colonization, becoming a colonizing power itself in the region. As the country fought against foreign influence and intrusion, only the Dutch and Chinese managed to set up trading ports in Japan, despite the efforts of other nations. Japan, for its part, set up spheres of influence in the surrounding islands, as well as in Korea, Taiwan, and South Sakhalin.

ALSO READ:  Drink Honey Lemon Water Every Day And This Will Happen To Your Body!!

Thailand is well aware of its unique heritage that does not include a colonial legacy, and often uses the phrase “land of the freedom” to express pride in the fact that it has remained Thai-dominated since the first millennia B.C. Despite immense pressure from European powers, Thailand escaped colonial rule by maintaining strong rulers and exploiting the tension between colonizing powers – namely France and Great Britain – which had spheres of influence across neighboring countries in Asia.

Bhutan is one of the few countries that has indisputably maintained complete sovereignty throughout history, even before its official consolidation as a nation state in 1616. Though it did have to fight several wars against the British during the 18th and 19th centuries, subsequently losing bits of its territory and political influence outside of its borders, Bhutan remained entirely autonomous throughout the colonial period.

Iran suffered during the 1800s as the Russians and British fought to build their empires in the Middle East, but was never subjugated to colonization in any official sense. The country did lose some of its territory during the Russo-Persian and Anglo-Persian Wars, and was briefly occupied by the Russians in 1911 and the British during World War I, but was still considered an autonomous state throughout history.

Since Nepal was united by King Prithvi Narayan Shah in 1744 C.E., it has existed as a sovereign nation. While it was briefly a protectorate of Great Britain, it was never a British colony, even fighting a war and ceding a third of its territory to ensure its continued autonomy from the empire. It is thought that Nepal’s isolated geographical position high in the Himalayas helped it withstand colonial rule, though it is agreed that both India and China exerted some influence in the region.

In 1900, Tonga became a protected state under the Treaty of Friendship with Britain, setting up a British Consul in the state until 1970, but no higher permanent representative was permitted. The indigenous monarchy of Tonga has been maintained until the present day, and has enjoyed an uninterrupted succession of hereditary rulers from the same family since its inception.

China, not including Hong Kong and Macao, has never been an official colony of any other power. However, during the 19th and early 20th centuries, China did enter into trade agreements with most Western powers, including Great Britain, France, Germany, Russia, Japan, and the U.S., that were largely considered disadvantageous to China, as it was forced to make some territorial concessions. This period of unequal treaties is sometimes considered semi-colonialist, though no one power ever exerted complete control across the coutry.

Apart from a five-year period when Ethiopia fell to Mussolini’s New Roman Empire, Ethiopia has maintained its autonomy throughout history. The Italians were ejected by the British in 1941, and Ethiopia regained its full independent status in 1944, but had existed independently way before then. Even during the Italian occupation from 1936 to 1941, Mussolini’s troops were under constant attack from Ethiopian guerrilla troops and Italy never maintained full order in the country.

Back when Korea existed as one nation state, it resisted colonial rule from Western powers. It is somewhat difficult to consider Korea wholly independent throughout history, however, as it was under Japanese rule for more than 30 years until independence in 1945 during World War II. But in the lens of resisting Western colonization, Korea is said to have maintained its independence from European rule throughout history. 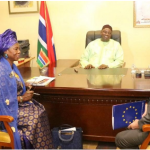