In a tweet this morning, Amazon CEO (and the presently the world’s most richest man) Jeff Bezos reported that he and his wife were making a $2 billion reserve to back a network of philanthropic preschools and give funds to organizations helping destitute families.

There’s also a Day 1 Academies Fund that will launch a network of free, Montessori-inspired schools in low-income neighborhoods.

Bezos said the schools will employ the “same set of principles that have driven Amazon .” Which, for Bezos, means an intense focus on the customer.

The funds are called the “Day 1” funds because they align with Bezos’ stated philosophy of “maintaining a Day 1 mentality.”

Starting a network of free schools for underprivileged children and giving out money to help organizations that are working to alleviate the needs of the nation’s homeless are inarguably good things, but it’s unclear whether these individual steps can work to address more systemic problems that underlie problems of homelessness and a lack of educational opportunity that exists more broadly in the country.

Perhaps Bezos was inspired to battle the nation’s homeless plight when he saw this report on Vickie Shannon Allen, an Amazon employee who became homeless after a workplace accident cost her her job.

It’s also a bit rich to see Bezos tackle the issue of homelessness after his company was  arch nemesis of a bill in Seattle that would have created a tax to finance homeless shelters and low-income housing.

Fortune has more on Amazon’s work to kill the measure:

Amazon opposed the tax, originally floated at $500 a year for each of its Seattle employees. To signal its displeasure, the company halted construction on a new tower, and suggested it might sublet 722,000 square feet it had just leased in a signature downtown building. When the council approved a reduced $275 tax, Amazon restarted construction on the tower. But it also joined Starbucks and other local employers to fund a group, No Tax on Jobs, that raised over $300,000 to pay for signature gatherers for a referendum to repeal the head tax. In a statement after the vote, Amazon vice president Drew Herdener said, “Today’s vote by the Seattle City Council to repeal the tax on job creation is the right decision for the region’s economic prosperity.”

With the new fund, Bezos joins a long line of incredibly mega-rich people (cf. Chan-Zuckerberg and Gates Foundations… and Warren Buffett)  who are taking it upon themselves to fund programs for social good.

It’s part of philanthropy’s long history of ignoring broader structural issues as a way for billionaires to treat their contributions as a gift rather than an obligation. 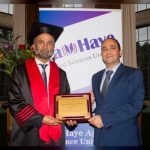 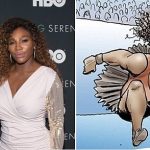