The World Health Organization (WHO) announced Monday that it will begin trials of the world’s first malaria vaccine in three African countries: Ghana, Malawi, and Kenya.

The WHO will introduce a pilot program for the injectable vaccines in 2018, according to the Washington Post.

The pilot will target 750,000 children aged between 5 and 17 months in the aforementioned countries. If it proves effective, the vaccine has the potential to save thousands of lives in Africa.

The WHO says Ghana, Malawi, and Kenya were chosen for the pilot program because they have continued to record a high number of malaria cases despite extensive, well-run antimalaria programs.

Malaria, caused by the bite from an infected mosquito, is endemic in many regions of the world, including southeast Asia, South America, and the Middle East, but Africa continues to be the hardest hit by the disease, with about 90 percent of all recorded cases occurring in this continent in 2015.

The new RTS,S vaccine is has to be administered four times: once a month for three months and then a fourth dose 18 months later.

Early clinical trials have shown it to be only partially effective, but experts believe it is worth the effort since it has been shown to prevent nearly four in 10 cases of malaria, cutting the most severe cases by a third and reducing the number of children needing hospital treatment or blood transfusions.

The pilots are being funded by Gavi; the Vaccine Alliance; the Global Fund to Fight AIDS, Tuberculosis and Malaria; Unitaid; the WHO; and GSK.

About the vaccine, Dr. Seth Berkley, Gavi chief executive, says, “The world’s first malaria vaccine is a real achievement that has been 30 years in the making.

“Today’s announcement marks an important step toward potentially making it available on a global scale. Malaria places a terrible burden on many of the world’s poorest countries, claiming thousands of lives and holding back economies.

“These pilots are crucial to determining the impact this vaccine could have on reducing this toll.”

A Killer of Children

Global efforts in the fight against malaria led to a 62 percent decrease in deaths between 2000 and 2015, but the disease still affects more than 200 million people every year, killing nearly half a million, most of them children.

The use of insecticides and mosquito nets are currently the two major methods of prevention with limited impact, and it is hoped that a working vaccine could prove to be the silver bullet in the fight against malaria.

The WHO says the pilot is also meant to assess the safety and effectiveness of the vaccine, with Dr. Matshidiso Moeti, the WHO regional director for Africa, adding, “The prospect of a malaria vaccine is great news.

“Information gathered in the pilot program will help us make decisions on the wider use of this vaccine. Combined with existing malaria interventions, such a vaccine would have the potential to save tens of thousands of lives in Africa.” 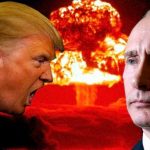 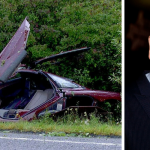