Russian President Vladimir Putin on Saturday officially launched the longest trip of the World Cup trophy after the cup was presented to him by the FIFA boss.

Vladimir Putin and FIFA President Gianni Infantino were at the Lujniki stadium in Moscow, which will host the first game and the 2018 World Cup finals. They launched the national tour of the World Cup trophy. They were led to the stadium by two former world champions, Bebeto and David Trezeguet, to the applause of hundreds of spectators.

At the ceremony, Vladimir Putin assured Gianni Infantino that the preparations for the world were fast paced. “We will redouble our efforts so that everything is done in time and with all the necessary quality,” he said.

This tour is the longest in football history as the trophy was usually kept at the FIFA World Football Museum in Zurich. The journey started Saturday at the Luzhniki stadium will continue in 24 Russian cities and 50 countries on six continents like Germany, South Africa, Japan, France etc. to allow football fans to d admire this wonder.

“The trophy tour is an important moment, which illustrates the public’s passion for the biggest tournament on the planet. This journey is also an invitation to discover this beautiful country and to enjoy the legendary Russian hospitality, “said Infantino.

The trip will end on 7 June 2018 in Moscow, exactly one week before the start of the World Cup which will be played from 14 June to 15 July. 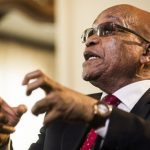 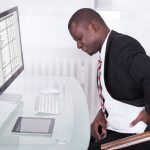