A Los Angeles jury has ordered Johnson & Johnson to pay $417 million to a medical receptionist who claims she developed ovarian cancer after using baby powder for decades. The 63-year-old receptionist, Eva Echeverria, is one of over 2000 women who have sued the company, claiming that their product, Johnson’s Baby Powder, caused their ovarian cancer.

Mark Robinson, Echeverria’s lawyer, said his client started using the powder when she was 11 and continued after being diagnosed with ovarian cancer in 2007, unaware that some studies had linked talcum powder to cancer.

He said she stopped after hearing reports of a court ruling against the company and now wants to warn other women.

Carol Goodrich, a spokeswoman for the company, said it would appeal the verdict in the superior court of Los Angeles County. The company “will continue to defend the safety of Johnson’s Baby Powder,” she said.

The company’s statement quoted a report that said: “the weight of evidence does not support an association between perineal talc exposure and an increased risk of ovarian cancer.”

Although numerous studies have linked the use of genital talc to ovarian cancer, none has established a direct cause and effect relationship between exposure to talcum powder and development of cancer.

In recent time, the company has had to pay millions of dollars in damages following court rulings.

In October 2016, a St. Louis jury had ordered that the company pay Deborah Giannecchini, who has been diagnosed with Stage 4 ovarian cancer, $70 million in damages. 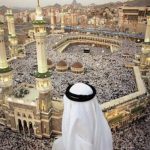 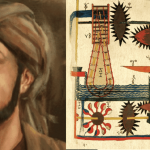