The widow of Zimbabwe’s former president Robert Mugabe has been ordered by a traditional court to give away five cows and two goats for having buried her husband in a manner deemed inappropriate.

The court, which cannot compel the accused but whose decisions have a strong symbolic significance, met Thursday morning in the absence of the accused, Grace Mugabe.

ALSO READ:  The Untold Story of the Infamous Convicted Gangster Larry Hoover Who is Spending 285 Years in Prison

She is accused of having buried her husband, who died in 2019 at the age of 95, in the courtyard of her birthplace in Kutama, 90 km west of the capital Harare.

The customary court met in Murombedzi in the presence of about fifteen people.

Journalists could not attend the hearing, as the entourage of the traditional chief said that he wanted “some privacy”. Chief Zvimba, born Stanley Mhondoro, claimed that Robert Mugabe was supposed to be buried in a location chosen by his mother or the family he was born.

The chief now wants Mrs Mugabe to exhume the body for reburial at a family gravesite where his mother, Bona, was buried.

The current president, Emmerson Mnangagwa, would like Mugabe to be buried in the National Hall of Heroes of the “Liberation Struggle” in Harare, a shrine reserved for the heroes of Zimbabwe’s 1970s liberation war.

But Robert Mugabe’s nephew told SABC News last week that there was no conflict within the family over it because Robert Mugabe, during his lifetime, had made it clear that he did not want to be buried there.

Until his last breath, Robert Mugabe, who ruled Zimbabwe with an iron fist for 37 years, harbored a deep grudge against his former vice president Emmerson Mnangagwa, who was placed as head of the country after Mugabe was forced to resign by the army and its party, Zanu-PF, in November 2017.

“He was not buried at Grace’s home but at her property and we accepted that as a family,” his cousin Dominic Matibiri told AFP. 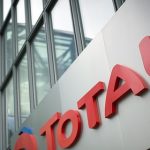