First Lady Grace Mugabe, the wife of President Robert Mugabe, is accused of assaulting South African model Gabriella Engels at a Sandton hotel, while on a visit to South Africa.

A week after the incident in a hotel in Sandton, Johannesburg’s upmarket central business district, a South African government minister announced that she had been granted diplomatic immunity.

She subsequently returned to Zimbabwe without any attempt by the South African Police Service to arrest her.

The incident has sparked a furious debate about whether she should have been granted immunity, and what this means for the victim of the alleged assault.

At the time of the alleged assault, Grace was on a private, not official, visit to South Africa.

She wasn’t granted immunity before her visit and it’s not clear on what basis she’s now been granted it.

Normally, diplomatic immunity is granted to an individual envoy by prior agreement, or by the International Relations minister Maite Nkoana-Mashabane if it is in the interests of the country.

ALSO READ:  Why Germany is Withholding Aid Money From Uganda

Since it is conceivable that Grace might visit South Africa again in the future, it’s worth reviewing the rules, considerations and implications of diplomatic immunity.

Grace was neither a visiting head of State or government, nor a diplomat representing her country — both of which would have qualified her for diplomatic immunity.

There is no basis in customary, conventional international law or domestic law for the spouse of a head of State to claim – as a right or entitlement – some form of immunity when visiting a foreign state.

A foreign state – in this case South Africa – can, of course, grant immunity.

But there’s a legal framework that governs this.

In her case, as the spouse of a foreign head of State, she could be granted immunity from the criminal and civil jurisdiction of the courts in South Africa if, for instance, she was on a visit as an envoy of her country to attend an international conference, or if she was accompanying her husband on an official visit.

The fact that she happens to be an important person isn’t good enough criteria.

In other words, it’s not status that serves as a basis for granting immunity.

Rather, it’s the nature of the person’s visit.

South Africa’s Diplomatic Immunities and Privileges Act gives the International Relations and Co-operation minister the power to grant immunity to foreign visitors, who represent their countries on official business.

The act sets out how this must be done.

If there’s no prior agreement that already covers the visit, a notice must be published in the Government Gazette.

What’s clear is that the spouses of foreign heads of states, members of foreign royal families, international celebrities and the like, can’t be granted immunity on a whim.

There are laws, protocols, and procedures to be followed.

Formalities aside, it’s also important to keep in mind the underlying rationale of diplomatic immunity in international law and international relations.

Diplomatic immunity is a principle with ancient roots and forms an integral part of international relations.

At the heart of it is the idea that diplomats — or others representing their countries or international organisations – must be able to pursue their official duties free from interference by the host state.

Foreign envoys, who are granted immunity, therefore, enjoy immunity from the criminal and civil jurisdiction of the courts of the host country.

What about justice for the victim?

Diplomatic immunity can indeed be seen as a shield against accountability for criminal conduct or civil obligations.

The abuse of diplomatic immunity can, therefore, lead to impunity.

If a person, who enjoys diplomatic immunity is accused of a crime, and their immunity isn’t waived, it’s normal practice for the host country to declare the person to be persona non grata.

They are then expected to leave the country.

But that also means there is no justice for the victim of the crime.

Nevertheless, it’s important to remember that the immunity initially granted to the diplomat or envoy does not attach to that person in his or her personal capacity.

It would have to have been granted in one or other official capacity.

The right to institute a prosecution for most crimes (including assault) lapses only after 20 years.

There are exceptions. This right never lapses in the case of serious offences such as murder, rape, robbery with aggravated circumstances, and the atrocity crimes of genocide, war crimes and crimes against humanity.

It’s conceivable that a person, who once enjoyed diplomatic immunity, but who no longer benefits from it, will face justice at some future date.

This assumes that they will find themselves back in the country in which the alleged crime took place.

It would be hard to justify continued immunity for someone accused of a crime given that criminal conduct, including assault, is not normally associated with official business between two sovereign states.

That’s not to say that the victim can easily get justice.

This means that a victim will be frustrated in their quest for justice in the courts.

However, that doesn’t mean it’s impossible.

Taking into account the rules around the prescription of the right to institute prosecution of crime, and the underlying rationale of diplomatic immunity as a tool to facilitate official political and commercial relations between sovereign states, it can be argued that diplomatic immunity isn’t the impenetrable shield of impunity imagined by some. 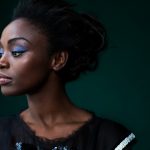 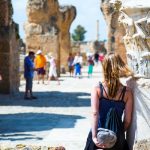