A study commissioned by Rwanda Media Council on gender status in the country’s media sector has outlined a number of reasons why women remain few in the media practice.

According to the statistics from the study, the number of accredited journalists is 1,025 of which only 23.8 per cent are female.

The assessment was sampled on 355 respondents including media partners and policy makers, media associations and NGOs, media students and journalists, media managers and editors among others.

The survey indicates that women are still few in the sector because the number of girls that graduate from schools of journalism/ media are few compared to their male counterparts.

According to the study, women tend to shy away from the media practice due to lack of conditions that would attract any prospective employer, mainly occasioned by lack of resources.

Some women, the report indicates, shun the sector due to fear of sexual harassment, while another major reason is cultural misconceptions.

ALSO READ:  This Woman Just Opened The First-Ever Black-Owned Hostel In The U.S. At Age 32

“There is this misconception that in the Rwandan culture, ladies are reserved, not talkative, yet the media profession requires people to talk much. The media profession has been dominated by males and as a result, there is a general thinking that females are less productive,” the study reads in part.

It further highlights that ladies are not given equal chances like their male counterparts and when it happens, they are assigned to soft programmes and discouraged to explore their full potential.

Some females confessed that the media sector is marred by lack of resources meaning that even the few women who study journalism are less inclined to join the sector upon graduation.

According to the study, 33.5 per cent of women media practitioners face financial constraints, 29.2 per cent face sexual harassment, 15.5 per cent face cultural barriers, 14.9 per cent unwillingness and low self-esteem while 5.6 per cent lack of skills in media sector.

Other challenges that hinder gender equality in the media sector, the study quoted media managers saying that Rwanda’s media is poor because Rwanda’s economy is also poor.

“The return on investment is poor and so private media does not earn enough profit to pay good salaries to its employees,” the survey revealed.

The report also called for capacity building for media outlets on gender issues and increase their knowledge in others areas such as business management, entrepreneurship and innovation.

It also calls on creating a simplified monitoring and evaluation framework to follow up on the implementation of gender mainstreaming strategy and encourage media houses to collect disaggregated data by gender.

Researchers urged the promotion of women and 30% of women in managerial positions as stipulated by the Rwandan constitution.

“Government should encourage local and external investors to invest in the media sector,” a recommendation was also highlighted.

Commenting on the findings, Peacemaker Mbungiramihigo the Executive Secretary of Media High Council said that they will work with different partners and institutions to implement the recommendations adding that ongoing training for capacity building to ensure gender mainstreaming is supported.

He said that sexual harassment crimes should be well investigated and punish those behind.

Paul Mbaraga, a lecturer at School of Journalism and Communication of the University of Rwanda, urged media houses to give opportunities to women to explore their potential.

“Women have to express their potential in brainstorming ideas and media managers have also to send them on the field and finally their confidence will get boosted,” said Mbaraga, who also heads Radio Salus, a University radio.

However, he also stressed that as some media houses face financial crisis, men endure the crisis better than women in terms of even footing kilometres to search for stories.

“If women get enough means and confidence of their editors to go to the field, they would perform the same as men or even better,” he said.

Scovia Umutesi is the female journalist, who after serving as an employee for different media houses, set up her own web-based media house called “www.mamaurwagasabo.rw”.

She said that the findings of the study indeed reflect the reality on ground.

“It is true that men endure low salary in the media even if it is not their wish but when it comes to women especially those married it becomes totally impossible.

Some husbands do not allow women to go for a job that pays peanuts where they can’t even contribute to family development,” she said.

She added that since journalism also requires physical strength to even cover stories in remote areas, women such as those who are pregnant are locked out of employment.

“Media houses recruit few male journalists whom they think will always be available to even cover such stories that require physical strength while women  always face issues that prevent their usual availability,” she said.

She added that sexual harassment exists in media sector but it is not a particularity in media since it happens like in other sectors. 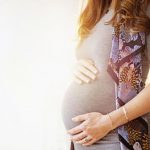 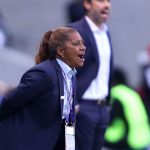