The Independent Electoral and Boundaries Commission has explained why presidential results in its online portal are still increasing despite announcing Uhuru Kenyatta winner on 11th August.

Keen observers over the past few days have noted with concern on the increase in the total vote tally on the IEBC portal, with some claiming that it’s enough proof the poll was rigged.

However, the commission’s Communication and Public Affairs Manager Andrew Limo has clarified that there’s nothing amiss with the increasing numbers.

“What is happening on the portal is that the electronic transmission is still ongoing until we achieve 100 percent,” said Limo.

According to Limo, 41 polling stations were yet to submit the electronic results as of 14thAugust with the IEBC communications officer attributing some of the delays in electronic transmission of results caused by poor network and incompetence by some IEBC clerks.

“There is nothing sinister. Availing the forms electronically was delayed by several factors including network issues but we have been receiving them but it won’t change the final tally at all,” Limo stated.

Limo stated that the commission declared Uhuru Kenyatta winner based on the manual forms received.

NASA’s presidential aspirant Raila Odinga has disputed the election results claiming that they were rigged. Odinga is expected to issue a statement today on his next plan of action. 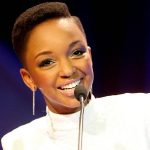