Chris Kwekowe, a young Nigerian entrepreneur reportedly turn down a job offer be a software engineer at Microsoft, owned by the richest man in the world, Bill Gates to begin his own start-up in Lagos.

The twenty-three years old Lagos university graduate proudly revealed this to Bill Gates during a television interview for Africa’s brightest young entrepreneurs in August 2016, according to Vanguard.

He said he did so, to build up his own website called Slatecube– a website aimed at curbing Nigeria`s unemployment problem.

“When I told him, Gates was intrigued and he smiled. After the programme, all the directors were like, ‘Dude, you mean you actually turned down a job at Microsoft and had the guts to tell Bill Gates?’”

According to reports, a survey of 90,000 young Nigerians which was done in January 2016 discovered that 45% of college graduates didn’t have jobs with key reason on lack of professional skills such as: critical thinking, entrepreneurship, and decision-making.

He noted that Slatecube seeks to solve that problem by nurturing the graduates through digital internships and so far, Slatecube has an 80% employment rate for its users. 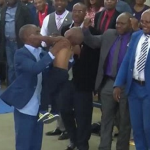 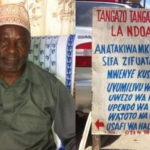