Barack Obama has no doubt stayed in some pretty incredible hotel suites throughout his career.

After all, during his time as US President he travelled all over the world, which included stays in some of the world’s swankiest hotels.

Then when his eight years in office came to an end, he enjoyed a getaway on Richard Branson’s luxurious private island Necker Island.

No doubt Obama still has access to lavish suites and swish hotel stays, but it turns out that sometimes he favours a room without all of the frills and just wants the basics for a good night’s sleep.

In fact, the former US President has admitted that he’s partial to a stay at Hampton by Hilton hotels.

So, what do these hotels have that the opulent presidential suites don’t offer? Well… an easier layout.

According to the Washington Post, Obama explained during a conference in Atlanta: “Before I go to bed, [I] go from room to room to turn off all the lights, and there are a bunch of different lamps, and sometimes they hide where the light switches are because they want to make them look really cool.

“And it might take me 15 minutes to shut down, where if I was just in the Hampton Inn, there’s like one light switch, one bathroom door, and the bed, and the TV remote; I’m good.”

It’s not just the light switches which can be problematic, but also the sheer size of some of the accommodation offerings.

He later quipped: “These presidential suites – there are so many rooms and I get lost”.

That doesn’t mean that he will be turning down stays at luxury hotels – he himself admits that some of the rooms can be pretty spectacular and offer unrivalled views of the destinations where they’re located.

It just seems that given the choice he prefers a more modest setting when staying somewhere overnight. 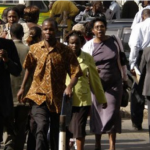 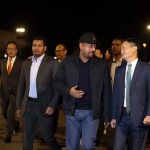