The president spoke at the Old Banquet Hall of the Presidential Villa in Abuja on Wednesday on the occasion of the 2015 International Youth Day celebrations.

According to him, “although education attainment by the Nigerian youth has increased significantly in the last decade, the relevance of curricula, quality of education and the fit with skills required by the job market still remains a challenge for the country.”

The president said it was an issue of serious concern that in Nigeria, so far, economic growth had not translated into commensurate and improved social outcomes, especially for the nation’s 60 million youth population.

“Consequently, our youth migrate from rural to urban areas and from this country to other countries across borders, in search of greener pastures.”

According to the National Bureau of Statistics, unemployment remains a major concern in Nigeria, with rates rising from 6.4% in 2006 to 24.20% in the first quarter of 2015. The unemployment rate among youth is even more disturbing and considered to be over 50% due to the sheer number of unemployed graduates and a huge number of youth who have had no chance to go to school roaming about the streets.

Buhari, while paying tribute to the nation’s youth, acknowledged that they played significant roles in making the 2015 general elections a model for democratic governance in Africa.

The president said the youth had written their names in history and would be remembered as true heroes of the country’s democracy and architects of change. 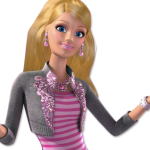 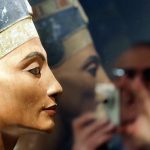