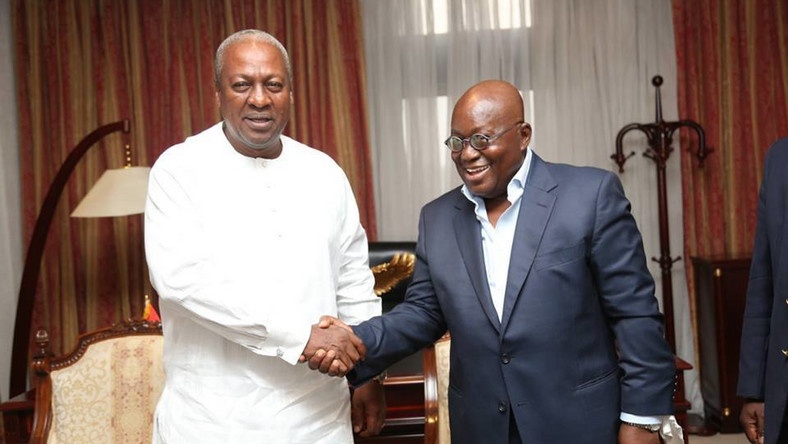 As Ghanaians went to the polls on Monday December, 7 to choose a President, whoever emerges victorious will have to hit the ground running, with little room for a honeymoon, owing to the devastation caused to the economy by the COVID-19 pandemic.

In the past three years, economic growth has hovered above six percent, making the country one of the high flyers in the sub-region. Other key macroeconomic indicators were trending in the direction that the government had wanted, with inflation in single digit at the start of 2020.

But the onset of the pandemic put the economy at a low ebb—the projected growth of 1.9 percent would be the lowest in more than 30 years—with the budget deficit, occasioned by unplanned expenditure and huge revenue shortfalls, expected to reach 11.4 percent of GDP, which would be one of the largest in the country’s history.

The winner of today’s exercise, who will be sworn in on January 7, 2021, will have to first navigate the rising deficit and ballooning public debt to execute a raft of campaign promises.

The incumbent, President Nana Akufo-Addo, who came to power four years ago on the back of ambitious promises to transform the economy, create jobs and deliver his flagship free Senior High School (SHS) policy, faced severe budget constraints throughout his term, owing to revenue underperformance.

Although the President succeeded in implementing some of his promises, the small revenue envelope proved difficult to square with the ambitious spending pledges.

Given the damage caused by the pandemic, should President Akufo-Addo win his reelection bid, he would have to work assiduously to grow the economy to generate sustainable jobs to ameliorate the plight of Ghanaians caught on the wrong side of the pandemic storm.

His main opponent, former President John Dramani Mahama, has persistently preached a message of continuity—expressing his desire to continue the implementation of the incumbent’s key policies and programmes.

These programmes do not come cheap, however, with the Free SHS and the Nation Builders Corps (NABCo), which gave jobs to 100,000 graduates, costing the taxpayer more than GH¢3bn annually. Mr. Mahama’s party, the National Democratic Congress (NDC), also has its own policies to implement.

Promises to make primary healthcare free, spend US$10bn on infrastructure, and introduce a nationwide apprenticeship programme, among others, would have to be pursued amidst a delicate attempt to restore the economy to a sound footing.

The more than 17 million voters will also be selecting parliamentary candidates who will be crucial in helping the executive President pursue his planned policies.

The Electoral Commission Chair, Jean Adukwei Mensa, yesterday told newsmen the Commission is working to deliver the results of the polls within the shortest possible time, backtracking on an earlier pledge to announce a winner in 24 hours.

Whether President Akufo-Addo secures a second term or the comeback bid of John Mahama is successful, the workload that awaits them is enormous—and as far as the electorate is concerned, they cannot fail.