WhatsApp will cease to work on devices running BlackBerry OS, BlackBerry 10 and Windows Phone 8.0 as from December 31, 2017.

A WhatsApp blog post with the End of Life date clearly states that users of BlackBerry OS, BlackBerry 10 and Windows Phone 8.0 and older operating systems will not be able to use the app after December 31, 2017 – not more than a week from now.

To be able to recall, WhatsApp has extended support for both platforms in June this year. At that time, WhatsApp also found that the application would stop working on NokiaS40 phones will be stopped from December 31, 2018.

ALSO READ:  A Peek at the Only United States City Where Afro-American Women Run the Justice System
Loading...

The application will stop working on Android 2.3.7 and older phones (Gingerbread) will be stopped from February 1, 2020. Messaging applications have become unavailable on Nokia phones running Symbian S60 since June 30, 2017.

Stopping support for Blackberry and Windows Phone did not see any additional extensions and that date will be the same.

If your phone has one of two dedicated operating systems, you should consider upgrading to a newer phone so you can properly access WhatsApp. WhatsApp updates for other versions of the operating system, such as Windows Phone 7, Android 2.1, Android 2.2, and iOS 6, were halted in 2016.

WhatsApp has officially redeemed its new standalone business application this month, which includes verified and unverified profiles. This gives businesses a formal way to do business through messaging apps. 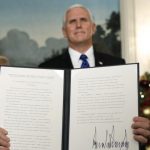 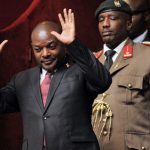