The artist Akon and his wife, both of Senegalese origin. Although he grew up in the US, he never turned his back on his African origins. Unlike many other artists who never evoke their origins, especially those who have Haitian origins (Example: Beyoncé, of Haitian origin).

In the USA, outside of AKON, the few immigrants who assume their origins with pride, are people from the English-speaking Caribbean, such as Jamaica or Barbados. Especially the Jamaicans, it is the most proud Caribbean people and I would even say the strongest and most worthy in terms of identity consciousness. You take for example an artist like Shaggy, he grew up in the USA and he even has American nationality, but the guy will always tell you he’s Jamaican.

Same for another as Sean Paul who despite his enormous success in the USA, kept his Jamaican passport and married a Jamaican like him.

In fact, even the Jamaican born and raised in the USA, will speak to you the “Patwa”, that is to say the Jamaican creole, very close to the pidgin of Nigeria and Ghana (in French it is called “Creole” But in English it says “Pidgin”). In short, a people which, despite its extreme poverty, remains very proud and very attached to its identity.

It is all to their honor! In France, a guy like AKON would have a 99% chance of marrying a blonde, which is not bad! It is just to highlight the difference in the paradigm between Anglophones and Francophones.

In France, mentalities are so full of complexities that if Akon dressed like this here, he would be called a “blédard”. On the other hand, when artists like Rihanna dress in African dress, everyone finds it chic. True or false ? 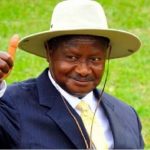 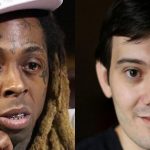