Iowa and New Hampshire may dominate political headlines in the near term, but it is in a host of other states where significant political change is afoot. Many state legislatures are reconvening, including in Virginia, where a record 40 women now serve in Virginia’s House of Delegates. Eileen Filler-Corn was recently elected the first woman speaker, with Charniele L. Herring serving as the first woman and the first African American majority leader. Earlier this month, Danica Roem tweeted after becoming the first trans woman to chair a committee in the Virginia legislature. 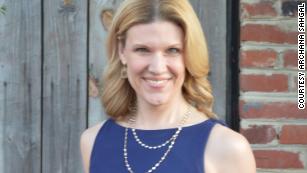 Such changes are not unique to Virginia. Across the states, the face of political representation is changing. Although women remain underrepresented as elected officeholders — a fact that’s particularly true for women of color — women’s representation in state legislatures increased significantly post-2018 according to data from the Center for American Women and Politics, from 25.4% to 29.1% in 2020. Nevada became the first majority women legislature, and Colorado’s legislature is nearing gender parity.
Recent gains in women’s representation have been solely a result of Democratic women’s victories. Democratic women picked up about 300 state legislative seats in 2018, while the number of Republican women state legislators declined by more than 40.
Diverse representation makes our nation more democratic, in that our political leaders better reflect the communities they represent. But what effect is it having on governing? How are women state legislators faring, once elected?
A recent analysis by the National Women’s Law Center (NWLC) and Quorum suggests that the answer is “very well.” NWLC’s analysis of legislative data tracked by Quorum over the past two legislative sessions found that women state legislators introduced more bills and saw more of their legislation enacted than their male counterparts. Additionally, our research shows that women’s representation was associated with positive overall effects, namely productivity. Legislators serving in chambers with greater levels of women’s representation (30% and above) introduced and passed more bills in 2018 and 2019 (proposed by female and male elected officials) than those serving in legislatures with fewer women. 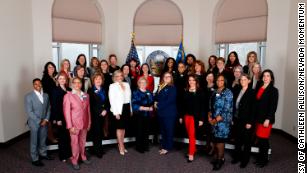 What happens when women rule

Our analysis also found significant differences based on party affiliation. Democratic women state legislators introduced more bills and saw more of their bills enacted than Democratic men, Republican men, and Republican women, alike. Republican women, notably, had the lowest rates of introduced and enacted bills of any group of state legislators. Democratic women were also more likely to champion legislation that supports women and their families — and get that legislation passed. In 2019, Democratic women state legislators introduced and successfully enacted more bills on paid family leave, child care, sexual harassment, and minimum wage than any other group of state legislators.
These findings are consistent with an existing body of research documenting women’s strengths as political leaders. Studieshave found that women candidates are, on average, higher quality (as measured by ratings on a number of dimensions, such as grasp of the issues, public speaking ability, and constituency service) and are more likely than men to have experience in elected office. Moreover, because women candidates tend to draw a greater number of primary challengers and receive smaller campaign contributions than men, they often have to work harder to get elected. Women lawmakers — especially women serving in the minority party and Republican women working on health, education, or social welfare legislation — have also been found to be more likely to collaborate across the aisle. Such findings may reflect the unique skills that women candidates develop in order to win elections and explain the existence of bipartisan women’s caucuses that help facilitate collaboration across party lines.
But the differences we found between Democratic and Republican women state legislators’ legislative achievements are striking and may reflect the “existential threat” facing Republican women candidates and lawmakers in the Trump era. As white women, a long-reliable Republican voting base, have shifted more Democratic post-2016, Republican women have struggled to prevail in their primaries. Accountable to a Republican base that is largely unconcerned with elevating women leaders and increasingly characterized by “hostile sexism,” the dwindling number of Republican women elected officials may experience challenges to legislative leadership in caucuses that have become even more white, male, and uniformly conservative.
Although Democratic women are leading the way when it comes to introducing and passing bills, they also experience challenges in office. In a series of interviews I conducted with Democratic women state legislators over the past year (for a related research project), I heard how even experienced women lawmakers like Rhode Island state Sen. Gayle Goldin have struggled to navigate the “unwritten rules” of state legislatures, including the pressure not to “make waves.” Rep. Ruth Buffalo, the first Native American Democratic woman elected to the North Dakota state legislature, shared how she experienced threats to her and her family’s safety and become a target for conservative media in the state. And Georgia state Sen. Nikema Williams discovered that her status as an elected official and state Democratic party chair didn’t protect her from systemic race and gender inequities, including the disproportionate mistreatment of black women by law enforcement.
We have a long way to go to make our democracy truly reflective of the American people. But the increasing diversity of state legislatures reveals the potential rewards. We should cheer the accomplishments of individual women legislators who are successfully championing legislation that improves the lives of women and their families. But we should also celebrate the ways that more diverse representation is improving legislative outcomes across the board.
Reflective government, it turns out, may also be the most effective.
Loading...
240
SHARES
ShareTweetGet Stories like this
PinterestGoogle