A website will be launched this week that will allow people to complete an online declaration of how they wish to be treated in the final weeks of their life. The charity behind the site said anyone who completes the document, known as an “advance decision” – detailing how someone can refuse a specific type of medical treatment or drug at some time in the future – will have greater control over their death. Compassion in Dying said it created MyDecisions.org.uk in response to growing concerns about how few people were planning ahead for end-of-life treatment should they lose the ability to make their own decisions. The website will take people through different scenarios that they may encounter if their health fails. From Thursday, users can receive a copy of their advance decision, otherwise known as a living will, or a copy of an “advance statement”.

An advance decision is legally binding, so if a healthcare professional ignores it they can be taken to court.

An advance statement differs from an advance decision in that it sets down a person’s preferences, wishes, beliefs as a guide for anyone who might have to make choices if they have lost the capacity to make decisions. Research commissioned by Compassion in Dying revealed last year that only 4 per cent of Britons have made a record of their preferences or appointed a lasting power of attorney. Recently courts have put increased emphasis on respecting patient autonomy. In the 2011 case of “M”, significant weight was given to the sanctity of life, over and above M’s previously informally expressed views, when the court ruled that treatment could not be withdrawn from the patient, in a minimally conscious state. However last month in the case of Mrs N, a 68-year-old woman in a minimally conscious state, her previously expressed wishes on her own quality of life took precedence, even though she had made no advance decision. This time the court allowed medics to withdraw treatment after Mrs N’s daughter argued that her mother had no quality of life as she would have perceived it. 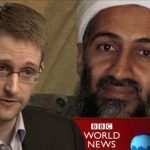 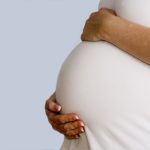