Russia says it may now provide Syria with a state-of-the-art missile defense system following the strikes launched by Western forces on Saturday morning.

Moscow says it had refrained from offering its S-300 Air Defense system to Damascus in the past at the request of Western powers.

Following the Saturday strikes, the U.S. said the operation was successful while Russia said Syrian forces had intercepted 71 out of 103 cruise missiles.

Russia sought a condemnation of the early morning strikes at a United Nations Security Council emergency meeting, ensuing in a heated exchange.

Russia’s UN envoy, Vassily Nebenzia, read out a quote from President Vladimir Putin accusing the allies of “cynical disdain” in acting without waiting for the results of a chemical watchdog investigation into the Douma incident.

US envoy Nikki Haley said the strikes were “justified, legitimate and proportionate”.

She confirmed Trump’s warning to the Council, that the U.S. would be ready to strike again in case another chemical attack was used in Syria.

“I spoke to the president this morning and he said, ‘if the Syrian regime uses this poisonous gas again, the United States is locked and loaded’.” 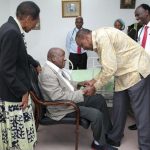 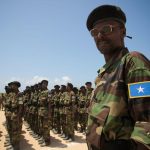