Sitting comes naturally with living. Most daily tasks,from watching the television, eating, driving and performing official duties, are done in a comfortable sitting position. But there is overwhelming evidence associating prolonged sitting with mortality, with a few studies even insisting that a sedentary lifestyle is more lethal than obesity.

Experts say an inactive lifestyle is a certain recipe for a complete degeneration of several parts of the body. According to them, sitting for long periods of time does not only lead to a strained neck and sore shoulders. They posit that an individual with a sedentary lifestyle has a greater risk of developing heart disease, a decrease in insulin production as well as colon, breast and endometrial cancer.

A health practitioner, Dr. Ayo Falade, says it is important that people strike a balance when it comes to sitting for long periods. According to him, winning the war against a sedentary lifestyle comes with making conscious choices.

‘’There have been drastic interventions in foreign countries where manufacturers are pushing standing work stations or special desks into the market. They come in various designs and are configured to remind the user that it is time to stand. We may not have that yet in Nigeria but there is room to improvise. For instance, you can make it a habit to stand up each time you receive or make calls. We all use our mobile phones a lot and that can be the starting block, ’’he says.

A recent study done by researchers at the Toronto University, Canada, has revealed that regular exercise is not enough to mitigate the effect of a sedentary lifestyle. In an investigation which looked at 47 other studies on sedentary living, the researchers reveal that exercising regularly cannot reduce the risk of morbidity and mortality associated with prolonged sitting.

While prescribing that people should reduce the amount of time spent sitting by two or three hours over a 12-hour period, co-author of the study, Dr. David Atler, says it is crucial to have small but achievable goals. He also advises that among other personal measures, individuals who cannot but watch television can stand up and exercise during commercial breaks or set up an alarm to remind oneself to move for three minutes every half hour.

In another study, sitting one’s life away has also been linked to obesity, high blood pressure, belly fat and a host of cardiovascular diseases. The study, which was published in American Journal of Preventive Medicine, says a sedentary lifestyle is more deadly for women, and harps on reducing sitting time with a view to improving one’s health outcomes. The study investigated the sitting habits of some women for more than a decade,

Led by Andrea LaCroix, Director of the Women’s Health Centre of Excellence, University of California, United States, the research finds that ‘’older women who reported the most sitting time are more likely to die during a 12-year follow-up, while those sitting for more than 11 hours daily were at the highest risks. ’’

What can be done

As far as Falade is concerned, the most important thing is for individuals to know that their health goal supersedes every other goal. “I always say that being healthy should be the greatest priority for everybody. More and more people now know that a sedentary lifestyle is dangerous to one’s wellbeing. But, do we take action or just shrug the information off? People spend more time planning for the future, but they do not take time to plan how to get there. The human body was not designed to sit for long hours. It is crucial to identify aspects of our lives which demand sitting for a protracted period and deal with it with small but firm steps,” he says.

Another public health physician, Dr. Joyce Igbekele, agrees with him. ‘’ We have local and international studies which daily validates the danger of living a sedentary life. I think it is a major public health issue. Employers, parents and individuals have a role to play. Many of us   spend more time at the work place huddled behind a desk. Employers can encourage their staff to move more while in the office, while parents can monitor the time their children spend watching television, ’’she says. 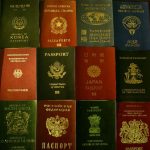 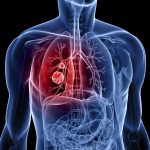