Wedding day is special for everyone, and people wish to make it unique in their own special way.

However, a Ghana couple did the unimaginable on their wedding day when the bride decided to turn up on the venue in the most unconventional manner.

While the names and the identities of the couple were unknown, Twitter user @Postsubman posted a video of the bride taking an unusual bride entry.

© Provided by Network18 Media & Investments Limited Ghana Bride Arrives in Coffin for Her Wedding, Turns ‘Till Death Do Us Part’ Into Reality

ALSO READ:  These Coworkers Donated Their Kidneys To Each Other’s Husband

He captioned it, “Bride arrives her wedding in a coffin (sic).”

– Bride arrives her wedding in a coffin.pic.twitter.com/6c8Sgp1AnA

In the video, people can be cheering up for the bride as she arrives in a white coffin. Her friends then open the coffin, following which the bride can be seen happy and posing.

The creativity level has received tremendous response from the netizens, who are confused about how to react.

While some compared her to Undertaker’s entry into WWE, others pointed out the ‘Till Death Do Us Part’ thought. Some people also termed it as freaky and stupid.

Here are some of the comments:

"Even in death, we parteth not"

– Bride arrives her wedding in a coffin.pic.twitter.com/6c8Sgp1AnA

At a point, I expected thunder to strike her so she could be dead for real.
This is sick

This, however, isn’t the first time when a bride arrived in a coffin for her wedding day.

Back in 2015, the then 58-year-old Jenny Buckleff decided to arrive in a coffin before taking the wedding vows. She got married to Christopher Lockett, 51, from Stoke-on-Trent, Staffordshire, UK. 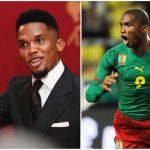 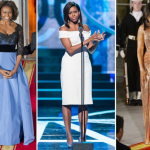