A White Florida sheriff’s deputy, who was filmed pulling a gun on a pregnant Black mother in the presence of her three children following a traffic stop, has tendered his resignation.

According to NBC News, the traffic stop was recorded by one of Ebony Washington’s children. Another child was also heard crying during the encounter. The Bradford County Sheriff’s Office said the August 12 incident occurred after sheriff’s deputy Jacob Desue attempted to stop Washington for an alleged traffic violation.

The sheriff’s office said Desue signaled Washington to pull over for overspeeding in a 55-mph zone, but she failed to stop. Washington is said to have activated her hazard lights before reducing her speed and driving to a gas station.

Desue went after the Black pregnant mother with the siren and emergency lights of his patrol vehicle activated. He also instructed her to pull over. The sheriff’s office said Desue used the patrol vehicle’s PA system to tell Washington to “pull the vehicle over or I will put you into the ground!”

Per body camera footage that was made public by the sheriff’s department and also circulated by Washington’s attorney, the White sheriff’s deputy is heard telling Washington, “If you make any movement, that’ll be your last mistake you’re going to make.” Washington is still in the car.

Desue subsequently exits his vehicle while pointing his gun at her. He also orders Washington to step out of her car. Washington is seen stretching her arms out of her car’s window and telling Desue that the door is locked.

“Unlock it. I’m not worried. I’ve got my gun on you,” Desue says before Washington steps out of the car with her arms up.

ALSO READ:  This Is Why These 10 Countries Are The Most Dangerous To Live In!!!

Desue then makes the pregnant Black woman turn while still pointing his gun at her. Washington tells Desue that she didn’t want to pull over in the “middle of nowhere” because she’s pregnant and driving with three children in the vehicle.

But Desue interjects, saying, “Your excuse means nothing to me right now. I don’t want to hear it.”

The sheriff’s deputy then goes ahead to place Washington in handcuffs before leading her to the back of the patrol vehicle. Washington again tries to let Desue know that she didn’t pull over because the area was dark. She also tells him that she activated her hazard lights and drove to an area with better lighting because she did not want her children to get scared or feel uncomfortable.

A different officer who responds to the scene checks on the welfare of Washington’s children. She also explains why she did not pull over and renders an apology.

Desue later removes the handcuffs and notifies Washington that he’s going to issue her a citation for driving above the speed limit. “You’re a mother, you got kids, you’ve got to get them home. Let’s be done with this, OK?” Desue is heard saying as he hands her the citation.

Gordon Smith, who is the Bradford County Sheriff, told WTLV that Washington’s decision to not pull over wasn’t the wrong thing to do. Smith also said Desue’s actions weren’t in line with department policies.

“She does exactly what I would tell my daughter, my wife, my neighbor, anybody else that may feel uncomfortable: You reduce your speed, you turn on your flashing lights, be acknowledged,” Smith said.

“Deputy Desue should have cleared it, checked with the children, make sure they’re safe. Why were they upset?” Smith added. “So a lot of things that should have been done weren’t done. And at the end of the day, we determined that was something that we didn’t need representing us or protecting our community.”

Washington also told the news outlet that she was “so nervous” and “so scared” during the encounter. “I mean, the gun part was extreme for me,” she added.

The Black woman’s lawyer, John M. Phillips, said Washington is “still suffering from the effects of her trauma, her life flashing before her and her kids eyes and the situation as a whole.”

“She is relieved Deputy Desue resigned (in lieu of termination), but is concerned about him doing the same at another agency,” said Phillips.

Phillips said he intends to file a lawsuit. 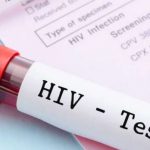 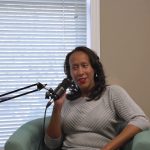