US activist Candace Owens recently spoke at Turning Point, USA’s Young Women’s Leadership Summit in Texas. Here, she spoke of a change in her stance on modern-day feminism. The lady who used to be a strong advocate of feminism said she has realised all too late that it is a scam.

According to her, feminism as a concept and practice is not aimed at uplifting others but at tearing women down. The ex-feminist opposed feminist practitioners vehemently and even pointed accusing fingers at some celebrities who promote it.

Even more, Candace spoke of a 55-year-old woman who share her opinion on modern-day feminism. According to her, the lady voiced out about how much she regrets dabbling in its practice.

“What the left is really good at doing is hijacking a term that once meant something and pretending that it’s still the same thing when, in fact, it’s not. Really, if you want to see something toxic, tell a feminist – who says they support every idea a woman has – tell a feminist that you’re not a feminist and see what happens. See the way that you get treated.

“I can’t think of women that are nastier and meaner than the ones who exist under these hats, right?”

It was after this that she told the crowd about an upsetting comment she read online after having a conversation on the dangers of feminism with Allie Beth Stuckey. According to her, the comment was from a 55-year-old woman who said she fell for the modern day feminist lies.

“I learnt too late that feminism was a scam. Today I am 55, I am unmarried, I have passed the age I can have children & I have to take medicines to help keep me happy, and that is the scam of feminism. If there’s anything I could go back and do, I would’ve warned myself against the scam of feminism.

“I believe these voices like Lena Dunham, and Miley Cyrus, and Chelsea Handler are convincing women against themselves, telling women, ‘You don’t need a man. You don’t need anyone. You should want to do everything by yourself. And if you do aspire to that – if you aspire toward nature — then something’s wrong with you.”

ALSO READ:  It's Legal Not to Hire Black Applicants Because of Their Dreadlocks - U.S. Court Rules
Loading...
ALSO READ:  US Fighter Jet Shoots Down 2nd Iranian-made Drone Over Syria!

Feminism is a scam and it is not about uplifting women, Its about tearing women down.

There will be an epidemic of lonely women in arewa in the nearest future…trust me on this.

Little by little, the truth shall slowly unfold itself.

Truth?
The origin of it came from them
She don teh for the business more than you and has retired with regrets
How many years are you? Where has it even taken you in this life

You see all these arewa feminist, they're the most annoying, Allah ya sa duk su kare a hakan shegu, wadan da Allah ya rigada ya tsine mu su 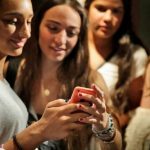 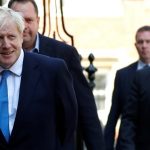