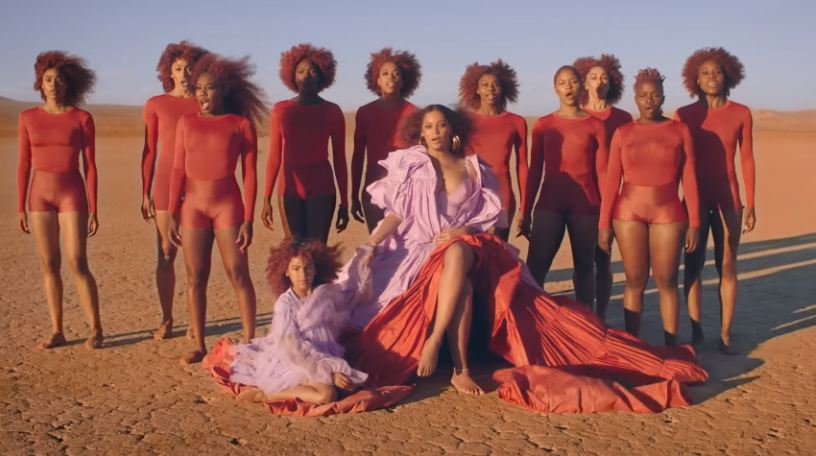 Shortly after hiring an eclectic squad of African artistes for her forthcoming ‘Lion King’ album, Beyonce gives fans a glimpse of the project with an official visuals for ‘Spirit’.

The song, which appears to be the lead track for the album, features an ingenious blend of costumes, scenes from the ‘Lion King’ movie and a bewildering array of African landscapes.

It also features a welcome cameo by Blue Ivy, Beyonce’s daughter who seems to be undergoing training.

In an interview with ABC’s Robin Roberts, the gifted music icon had said Africa and the aesthetic values of the black race was the inspiration behind the track.

“It was important that we weren’t just inspired by Africa but that we actually included and learned from the Mother Land. The concept of the video is to show how God is the painter and natural beauty and nature needs no art direction,” she had said.

“This is a new experience of storytelling. I wanted to do more than find a collection of songs that were inspired by the film. It is a mixture of genres and collaboration that isn’t one sound,” she said in a press statement.

“It is influenced by everything from R&B, pop, hip hop, and Afro Beat. It was important that the music was not only performed by the most interesting and talented artists but also produced by the best African producers. Authenticity and heart were important to me.”