A White Washington state father has been charged with a hate crime after he made death threats and hurled racial slurs at a Black student who got into an altercation with his daughter and her boyfriend at school.

According to the Independent, the suspect, identified as William Cunningham, was heard threatening and hurling racial slurs at the Black male student during a video call. The confrontation was caught on video and subsequently shared on social media.

Cunningham’s daughter, however, claimed the Black student “put hands on her.” But in the charging document, deputy prosecutor Kirk Mahjoubian stated that video evidence doesn’t corroborate her allegation, the Independent reported.

Per court documents, Cunningham was heard saying he was “going to [expletive] all you [N-word] up. If I see you, I’ll kill you.” The suspect also made other racist comments.

“He said he’s a white cracker, and he’ll [expletive] all you [N-word] up. You want to act ignorant?” Cunningham’s daughter also said, court documents stated. “My dad says you got something metal in the car smack that [expletive] in his mouth right now,” she also told her boyfriend, per court documents.

Responding to the incident in a statement, Monroe police said “the father, who allegedly made targeted death threats and racist remarks to the Black high school student, via phone, is scheduled to be arraigned in Snohomish County Superior Court on January 19, 2022. The death threats and racist remarks were recorded via a witnessing student’s phone and circulated widely via social media.”

Besides that, Monroe police also said they “learned of additional acts of harassment and intimidation” against the Black student on November 28, adding that the “father and associated teenage suspects” initiated that by going to the Black student’s workplace and “following him around and staring at him.”

For 20 minutes, the Black student was tailed by Cunningham, his daughter, and her boyfriend. They ultimately left the premises after the Black student’s mother came around. A colleague also informed the student that the three individuals had come there for three consecutive days.

The day after that incident, court documents stated Cunningham got in touch with a detective who had initially questioned him to ask if going to the Black student’s workplace would count as harassment.

“These acts led to formal trespass notices being served on the father and associated teenage suspects, prohibiting them from visiting or frequenting the victim’s place of employment,” police said.

Cunningham is said to have admitted to those allegations, per the Independent. “We are horrified that someone, especially an adult, would threaten one of our students in this way,” the school district said in a statement. “There is no place for hate in the Monroe School District, and we will take action to remove access to school sites for anyone who threatens students and staff.”

The student is no longer enrolled at the school. His mother came to the school to pick him up on the day of the altercation. “I’m crying and I’m emotional because a hate crime was happening to him,” she told The Daily Herald.

Superintendent Justin Blasko was also placed on administrative leave in December pending investigations into Monroe schools’ work environment and how its leadership pursued racist incidents, The Daily Herald reported. The investigation came amid calls for Blasko to resign.

“My hope is that as we move forward together that we can start to have these conversations and realize that, systemically, a lot of things have to change,” Bill de la Cruz, an equity consultant, said during a virtual meeting with parents on Tuesday. 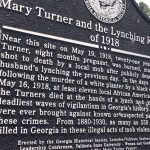 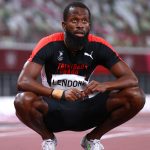