Vladimir Soloviev : [What about] the weight of responsibility for the nuclear button, when millions of lives, if not the fate of all humanity, are in your hands? And also sending our men (fight) into distant horizons, without any guarantee that they will come back alive. How do you make such decisions? How do you assume such responsibility on a daily basis?

ALSO READ:  Top 7 Safest Countries in the World to Settle Down

Vladimir Putin : This responsibility is inevitable for the President. It’s part of the function. And before making such decisions, everything must be carefully weighed. As for the nuclear button, to be clear, I think the question is misplaced.

Vladimir Soloviev : Excuse me, but I have to ask it …

Vladimir Putin : Yes, yes, I understand. But it’s not us who started it all. Let me remind you that the first atomic bomb was not created by Russia but by the United States. This is for the first point.

Secondly, we have never used a nuclear weapon. It was the United States that used it against Japan. Moreover, in many Japanese textbooks, this fact is passed over and attributed to the ‘Allies’. Which ‘Allies’? The Soviet Union was allied with the United States but they did not even inform us. And many experts assure that it was not necessary to use it. But the United States did it. Who can guarantee that this will not happen again? So much for the second point.

Moreover, we are not alone in being equipped with nuclear weapons. In addition to the United States, there is the People’s Republic of China, France, Great Britain, Russia … Five main nuclear powers. And there are nuclear powers that are not recognized by the international community. These are India, Pakistan, Israel … So we are not alone. And if all these other countries have nuclear weapons, why should Russia not have them?

Your question is of course very important and very sensitive, but I want you, as well as the Russian people and all those who listen to us abroad, to know that our plans for the use of weapons nuclear weapons (and I hope this will never happen), but our theoretical plans only provide for a ‘counterattack launch’.

What does it mean ? That the decision to use nuclear weapons can only be made if our early warning system detects not only the launch of a missile, but also gives an accurate prediction of its flight path and timing of flight. impact of nuclear warheads on the territory of the Russian Federation. This is what we call a ‘counterattack launch’. In other words, if someone decides to destroy Russia, we will have the legitimate right to fight back.

Admittedly, it would be a global catastrophe, it would be an absolute catastrophe for the whole world and humanity. But as a Russian citizen and leader of the Russian state, I ask myself: what good is this world if there is no more Russia? 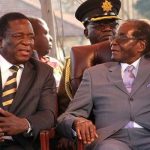 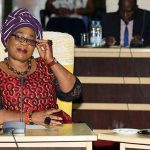