US President, Donald Trump uses tape to hold his signature red tie together, and the internet is freaking out about it.

As Trump disembarked Air Force One at Orlando International Airport Friday, a photographer captured the moment a gust of wind blew his tie in the air, showing pieces of what appears to be scotch tape holding its two ends together.

The picture has since gone viral, with many Twitter users poking fun at Trump’s fashion sense. “Trump uses sticky tape to hold his tie down. If that alone isn’t grounds for impeachment then what has become of America?,” one user joked.

Below are photos to affirm so: 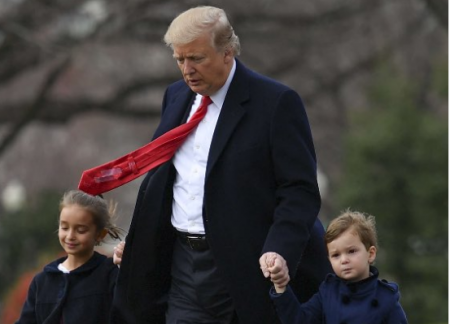 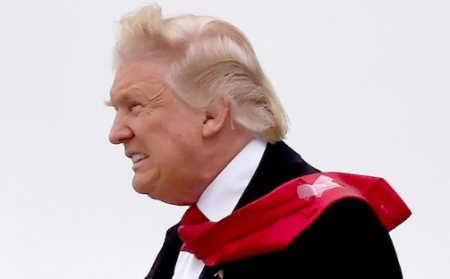