Real Madrid star, Vinicius Junior has been named the world’s most valuable player by a leading study.

CIES Football Observatory calculates each player’s worth by aggregating their on-pitch performance with factors such as club, age, and remaining contract length.

In the report released for the start of 2022, Brazilian winger Vinicius has come out on top. The 21-year-old is worth a whopping £138.5million, according to the formula used by CIES.

That places him above Manchester City playmaker Phil Foden (£127m) and Erling Haaland (£119m) on the podium.

Mason Greenwood arrives in fourth place (£111.75m) before teenagers Florian Wirtz (£111m) and Jude Bellingham (108.5m), who both ply their trade in the Bundesliga.

Kylian Mbappe, who is out of contract at Paris Saint-Germain in June, is way down the list at just £60m below Timo Werner, Gabriel Jesus, and Diogo Jota. Even lower is Mohamed Salah at a value of £55m. 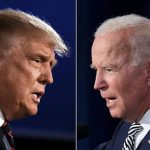 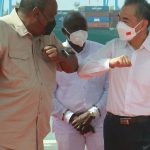