Italian football kept up its unwanted reputation of being the subject of racial controversy as Napoli’s Koulibaly faced abusive slogans and constant boos from the home fans. The referee decided to halt the game in the 68th minute after a section from the crowd hurled racist remarks towards the Napoli defender.

The Senegalese defender was allegedly booed with every touch of the ball. Referee Massimiliano Irrati had enough and decided to halt play. The stoppage lasted for four minutes as the official had a chat with the players, the coaches and other match officials before deciding to resume the game.

According to reports, the abuses were labelled as ‘monkey chants’ that was directed towards the Napoli centre-back. Napoli coach Maurizio Sarri praised the referee’s actions saying, “We should congratulate (referee Massimiliano) Irrati because the situation was becoming embarrassing, we were all upset for Koulibaly, Napoli manager Maurizio Sarri said. I saw him after the game and he seemed calm to me. He’s a profound lad, he will be upset, but will remain calm with the help of his teammates”.

His opposite number also felt strongly about the incident but was against the decision to stop play. Speaking to RAI Sport he said, “Discriminatory chants should not exist, People need to have values like respect and education, never forgetting them, Mind you, I am not sure I would’ve stopped play, as I don’t think it helps.The chants are unjustifiable, but doing this, we give a sense of importance to a tiny minority of troublemakers. It certainly wasn’t the entire stadium.”

The fans of Lazio showed themselves in the wrong direction. Very bad losers, they insulted the Neapolitans winners of the Laziale by 3 goals to 0 in the shock that opposed them Sunday for the 31st day of Serie A. racist songs were even chanted against the Senegalese defender Of Naples, Kalidou Koulibaly according to the daily IL Matino.

See the video below:

Koulibaly was upset over the incident and labelled it as ‘ugly’. He went on to praise the referee and teammates for their support on his instagram account saying, “I want to thank the Lazio players, but especially the referee Irrati for his courage, I thank my teammates, the public and our fans, who have been a great support against these ugly chants. I want to thank everyone for the messages of solidarity which I have received.”

The Senegalese international had already been the victim of racist cries during a match in Naples.

Several sets of fans have chanted racial abuses at players over the recent years most notably the incidents of Kevin-Prince Boateng and Mario Balotelli during their time at Milan. 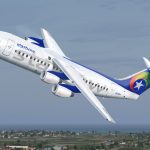 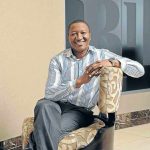