A video showing the moment the Ukrainian plane which crashed in Tehran was hit by a missile has emerged. The crash killed all 176 people on board of the flight.

The New York Times claims to have verified the video that shows an Iranian missile hitting a plane near Tehran’s airport, the area where a Ukrainian jet crashed on Wednesday, killing all 176 people on board.

Yesterday, multiple US media outlets reported that Iran mistakenly shot down the Ukrainian plane that crashed on Wednesday near Tehran.

US officials say they believe the Ukrainian International Airlines Boeing 737-800 plane was hit by a missile, CBS says.

CBS News quoted US intelligence sources as saying a satellite detected infrared “blips” of two missile launches, followed by another blip of an explosion.

A small explosion occurred when what appears to be a missile hit the plane above Parand, a city near the airport, but the plane did not explode, the video showed. The jet continued flying for several minutes and turned back toward the airport, The Times has determined. The plane, which by then had stopped transmitting its signal, flew toward the airport ablaze before it exploded and crashed quickly, other videos verified by The Times showed.

Canadian Prime Minister Justin Trudeau said he had received intelligence from multiple sources indicating that the plane was shot down by an Iranian surface-to-air missile, adding that it was possible that this was unintentional.

“This reinforces the need for a thorough investigation,” he said. “Canadians have questions and they deserve answers.”

But he said it was too early to apportion blame or draw any conclusions, and refused to go into detail about the evidence.

Watch the shocking video of the plane being hit by a missile below;

New video which has been confirmed by the NYT to be legit appears to show missile hitting Flight #PS752 before it crashed near Tehran, killing 176 people #IranPlaneCrash 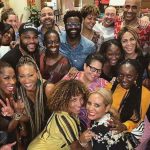 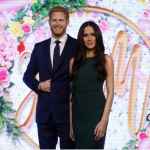