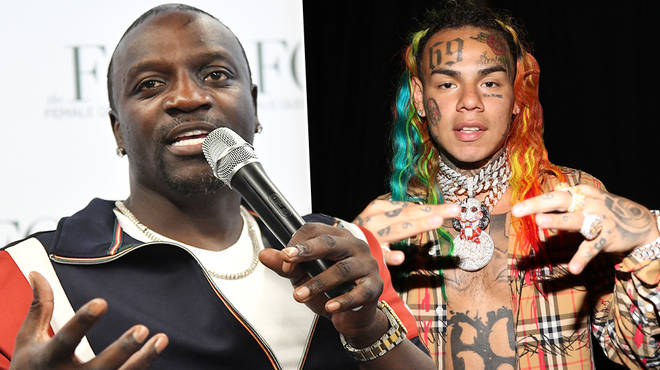 Akon has never been shy of supporting 6ix9ine, and now he’s defending the controversial rapper once again.

The Senegalese-American singer spoke with DJ Whoo Kid on Instagram Live recently, during which he reiterated that he doesn’t blame 6ix9ine for testifying against his fellow Trey Nine Blood gang members.

Loading...
Quote
“Here’s the thing, he’s young bro…He had to literally decide, ‘What’s more valuable to me? My family or my future,’” Akon explained. “You have to make a decision that’s going to better you.” During the livestream, Akon stressed that 6ix9ine likely didn’t know what he was getting in to.

“Me and you there ain’t no excuses, we been through the trenches… We know better,” he added, highlighting the generational differences between him and 6ix9ine. He also questioned why 6ix9ine was even in that position to begin with, asserting that his “homies should have took that for him.” Akon continued, “He’s the football, you always protect the football.”