Ghanaian reggae and radio star-Blakk Rasta may not have a vote in the upcoming US elections but he has gone through the pain and cost to release a new song, throwing jabs at Republican presidential candidate-Donald Trump.

ALSO READ:  Djoumbé Fatima: The Famous Queen in Comoros Who Ruled from Young Age of 5 Till Her Death

Black Rasta who released a hit song 8 years ago in support of the first Black President-Barrack Obama seems to be down with everything democrat–as he rallies behind Hillary Clinton against Trump.

He calls Donald Trump DUMB, a fraud, a joke, a bigot, a despot and more.

The song features Ras Boumba–and even if you are a Trump fan, you can’t ignore nodding to the musical waves the song sends.

Check out the video below… 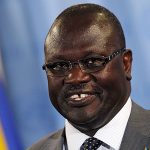 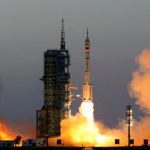