One of Australia’s biggest newspapers has defended its “racist and sexist” cartoon of Serena Williams by publishing the artist’s work on its front page.

JK Rowling and Nicki Minaj were among a “tidal wave” of critics to denounce the image by Herald Sun cartoonist Mark Knight after it appeared in its paper on Monday.

Williams, a 23-time grand slam winner, was beaten by Naomi Osaka in the US Open final after having a heated row with umpire Carlos Ramos.

The controversial illustration showed the runner-up jumping on a racquet lying next to a baby’s dummy.

ALSO READ:  In SA!!: “HIV Positive People To Get A Mark On Their Private Parts” Jacob Zuma Allegedly Passes the Law!!

For its Wednesday edition, the Herald Sun filled its front page with cartoons, including the contentious Williams image, along with likenesses of US president Donald Trump, North Korean leader Kim Jong Un and Australian prime minister Scott Morrison.

Under the headline “Welcome to PC world”, the paper said: “If the self-appointed censors of Mark Knight get their way on his Serena Williams cartoon, our new politically correct life will be very dull indeed.”

It came after the paper’s editor, Damon Johnston, said the cartoon “rightly mocks poor behaviour by a tennis legend” and Mr Knight has the “has the full support of everyone” at the paper.

Rowling led widespread criticism of its Monday cartoon, saying it had reduced “one of the greatest sportswomen alive to racist and sexist tropes”.

She also criticised the depiction of Osaka as a “faceless prop” in the background of the image.

The cartoon was also criticised by the veteran civil rights campaigner Reverend Jesse Jackson, who said it was “despicable”, and Melbourne-born basketball star Ben Simmons.

The 2018 NBA rookie of the year tweeted: “To disrespect Serena Williams, a 23 time Grand Slam Champion, in this light is truly disappointing. As an Australian, I am truly disappointed #morethananathlete”

Mr Knight said the barrage of online criticism led him to take down his social media profiles after abuse was also directed at his family by some users.

He said the reaction showed the world “has just gone crazy” and insisted he was simply illustrating her behaviour on the day.

He told the paper: “The cartoon was just about Serena on the day having a tantrum.

“A few days beforehand I had actually drawn a cartoon of Australian Nick Kyrgios and his bad behaviour at the US Open, so I’m not targeting (Serena). Serena is a champion.

“I drew her as an African-American woman, she’s powerfully built, she wears these outrageous costumes when she plays tennis – she’s interesting to draw.

“I drew her as she is. As an African-American woman, so this whole business that I am some sort of racist, calling on racial cartoons from the past, it’s just made up. It’s not there.”

In an editorial on Tuesday, the Herald Sun said a “tidal wave of ill-informed critics” should “take a breath and consider the facts”.

Williams was “simply outplayed and lost her temper in a gigantic and ill-disciplined blow-up,” the column said.

“The world has officially gone mad when a celebrated cartoonist is condemned by the social media hordes for depicting a famous sports star throwing an unedifying tantrum.” 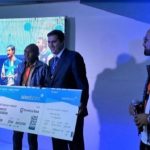 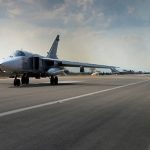