The United States said Monday that it was expelling 12 members of Russia’s UN mission from America for being “intelligence operatives.”

A spokeswoman for the US mission to the UN said those ordered to leave had “abused their privileges of residency in the United States by engaging in espionage activities that are adverse to our national security.”

“We are taking this action in accordance with the UN Headquarters Agreement. This action has been in development for several months,” said the spokeswoman, Olivia Dalton.

Richard Mills, the US’s deputy ambassador to the UN, had earlier told a Security Council meeting on the humanitarian situation in Ukraine that the dozen had engaged in non-diplomatic activities.

“Those diplomats that have been asked to leave the United States were engaged in activities that were not in accordance with their responsibilities and obligations as diplomats,” he said, without elaborating further.

Russia’s ambassador to the UN informed reporters of the decision first.

Vassily Nebenzia told a press conference at the UN headquarters in New York that the 12 have been ordered to leave the United States by March 7.

He refused to specify whether he was among those told to leave.

The Russian mission to the UN has around 100 staff, according to a Russian diplomatic source. 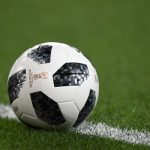 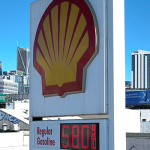