As part of its steadfast policy on illegal immigration, the Trump administration announced on August 21 that it would remove the strict limits on the time spent in detention centers by migrant children.

The US Department of Homeland Security announced on August 21 that it was putting an end to a 1997 court ruling, “Flores,” requiring federal authorities not to detain children for more than 20 days. A new rule, which must be implemented within 60 days, will no longer limit the time spent by children or their families in detention centers.

For Donald Trump’s government, it is a question of discouraging the number of migrants who arrive in record numbers on the border with Mexico , with the hope of being released soon after their arrest if they are with children, and so be able to stay in the United States. “To protect these children from abuse and stop the illegal flow of [migrants] we must put an end to these legal loopholes,” Donald Trump said in a White House statement. “This is an urgent humanitarian need.” 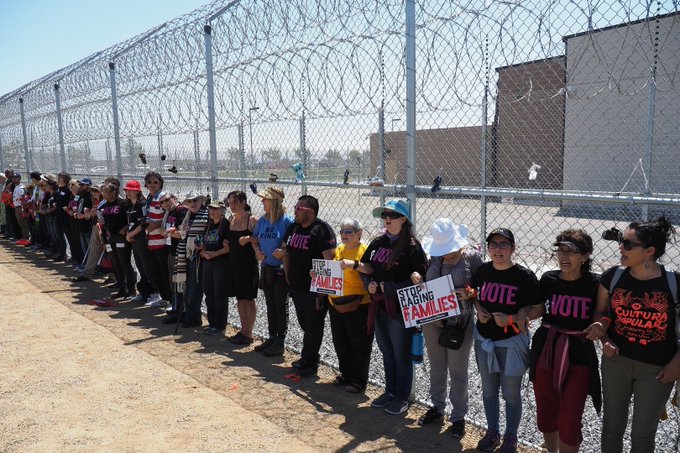 Faced with the arrival of tens of thousands of migrants each month at the US border , Donald Trump’s Republican government separated children from their parents, held in detention, in the name of complying with the “Flores” standard. According to the White House, this new reform aims “to ensure that foreign families can be together during migratory formalities”. “This year we saw an unprecedented flow of families, mostly from Central America, arriving at our southwestern border,” Kevin McAleenan, Acting Minister of Homeland Security, told a press conference. “Nearly 475,000 migrants arrived with family were arrested between October 2018 and July, three times more than the previous record,” he said.

Democrats stand up against reform

Human rights organizations immediately announced that they would fight the repeal of the “Flores” standard. “This is a new, cruel attack on migrant children,” said a leader of the ACLU Freedom Advocacy Organization, Madhuri Grewal.

“The government should not imprison children, and should even less seek to put more children in prison, for longer,” she added. Democratic parliamentarians have called on the courts “to stop this illegal action immediately”.

“There is no justification for the indefinite detention of children and no excuse for the trauma that this policy will inflict on families,” reacted on his side the leader of the Democratic Party, Tom Perez.

Donald Trump had provoked strong indignation, including among the Republican ranks, in 2018 with the implementation of his policy of separation of families. The Republican has since returned to this policy. But more than 900 migrant children have been separated from their families on the border between the United States and Mexico for a year, had said in late July the powerful American civil rights group ACLU.