Search
Menu
Search
UN independent experts have called on the international community today to lift sanctions against Zimbabwe, in order to guarantee the development of a democratic government in that country.
Independent experts, Idriss Jazairy and Alfred de Zayas, pointed out that the coercive measures applied against that African nation and present since the beginning of this century, only lead to the suffering of the people.This is the time to promote political dialogue and the development of the economy in Zimbabwe, they said in a statement released by the Office of the United States High Commissioner for Human Rights.
ALSO READ:  Dozens Trapped After Mine Shaft In Zimbabwe Collapses
Loading...

As Zimbabwe’s economy is very concentrated on particular sectors, the sanctions to only some few people or companies can have a devastating impact, they stressed.

ALSO READ:  The 9 Countries with the Most Entrepreneurs

In their opinion, the lifting of coercive measures would not only contribute to the economic development, but to create conditions for a 2018 fair elections.

The Elders Advisory Group also called by the end of the previous week for the development of a peaceful and inclusive government transition in Zimbabwe, following the resignation of Robert Mugabe as president after military forces took control. 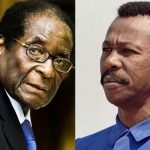 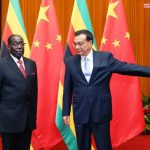