India is bound to become the world’s biggest nation by populace by 2024, surpassing China, which as of now has a populace of 1.4 billion.

What’s more, this growth isn’t expected to moderate until around 2060, when roughly 1.67 billion individuals will call India their home. By the year 2100 its populace will have diminished, however India will in any case be more than 1.5 billion.

China’s population, in the interim, will have tumbled to around one billion, depicting a decline of around 400 million individuals in contrast with today. 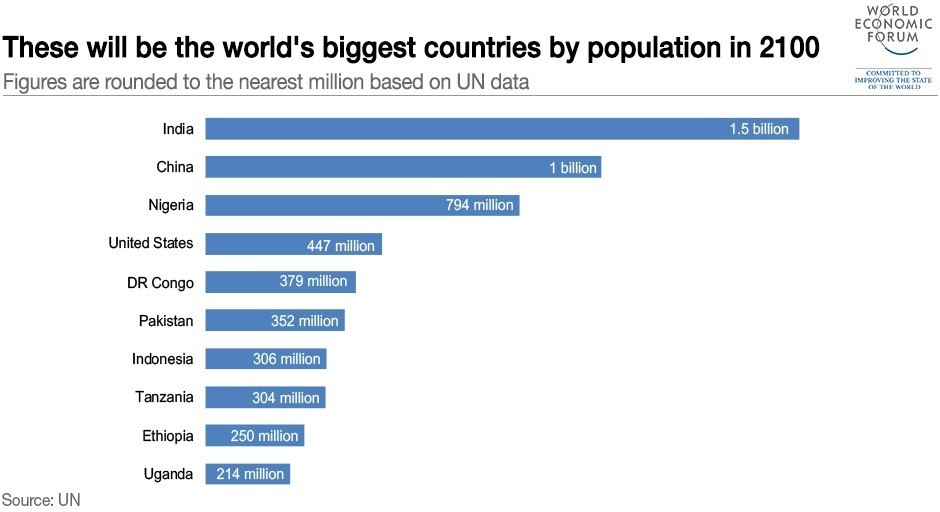 That is according to data from the UN Department of Economic and Social Affairs, which predicts the global population will have swelled to more than 11 billion in the next 80 years.

The United States, which is currently the third-largest country, will see its population grow modestly from around 326 million today to roughly 447 million by 2100. However, in this time the US will have dropped to fourth place as a result of Nigeria’s rapid population growth.

The West African nation is expected to grow from around 195 million people today to just under 800 million by 2010, which is similar to the entire population of Europe (743 million). Incidentally, Europe’s population will decrease by around 90 million by the end of the century.

A number of other African nations, including the Democratic Republic of Congo, Tanzania, Ethiopia and Uganda, will experience rapid growth between now and 2100.

DR Congo’s population is expected to jump from 84 million to 379 million, which will make it the fifth-largest country by population. Similarly, Tanzania’s population will increase from 59 million to almost 304 million, making it the eighth largest, the UN predicts.

Various Asian countries will also experience considerable growth. Pakistan’s population will increase from 200 million to around 352 million, while Indonesia’s will swell from 266 million to 306 million.

Interestingly, these figures would be noticeably higher but for a decline in fertility rates throughout nearly all regions of the world, the UN says.

According to the UN, an increasing number of countries have fertility rates below the level required for the replacement of successive generations – estimated at 2.1 births per woman.

Between 2010 and 2015, for example, fertility was below the replacement level in 83 countries comprising 46% of the world’s population. 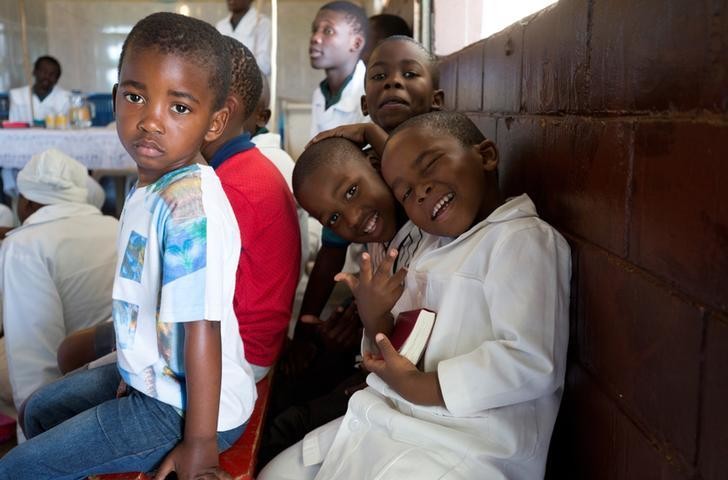 The impact of ageing populations

The report says that a reduction in fertility levels results in an older population. Compared to 2017, the number of people aged 60 or over is expected to more than triple by 2100, rising from 962 million globally in 2017 to 3.1 billion in 2100.

The UN says ageing populations will have a profound effect on societies, underscoring the fiscal and political pressures that the health care, old-age pension and social protection systems of many countries are likely to face in the coming decades.

In poorer countries in particular, this may translate into difficulty implementing the 2030 Agenda for Sustainable Development, which seeks to end poverty and hunger, improve health and education systems, achieve gender equality, and ensure that no one is left behind.