“Your time is over, your time is over, your time is over,” a group of young people chanting to Uganda’s long serving President Yoweri Kaguta Museveni at a recent rally organised by the President of Uganda. Ironically, the President can organise mass gatherings of more than 25 people in public, but no one else in Uganda can. The political wave in Uganda is turning against the the liberation President who has been in power since 1986. This is following the tide of the Alliance for Freedom & Change just up north in Sudan that led to President Omar al-Bashir stepping down in April 2019. Where political parties have been banned from campaigning, rallying and organising, a different approach to advance freedom became necessary.

Enter the People Power movement led by Uganda’s popular musician and Member of Parliament Kyadondo East Uganda, Honorable Robert Kyagulanyi also known as “Bobi Wine”. “The world is looking for somebody to do something, not explain why he did not.” This is the personal information written in bold on Bobi Wine’s public media platforms. People Power is a freedom movement in Uganda that is seeking “democracy, human rights and the rule of law in Uganda in this lifetime.” Several attempts to silence Bobi Wine and the People Power movement has been made since their inception. Their leader Bobi Wine has been imprisoned for “annoying the President”, their members have been attacked in public and attempts on their lives have been made in the name of silencing the movement. These attempts however have done little to stop the movement. With a drive to make a change from freedom, they keep moving forward.

Bobi Wine and the People Power movement recently announced that their leader will be running for President in the 2021 General Elections in Uganda. “Don’t get guns, get your National ID’s” he says to the youth in Uganda. A lot violence comes to the surface in the run up to all previous elections in Uganda. This has let to the youth feeling that there is no reason for them to vote because “it doesn’t bring any change.” The call above is for a non-violent and inclusive approach by the supporters of the People Power movement going into the elections.

The Friedrich Naumann Foundation for Freedom (FNF) recently met with the People Power movement in Uganda. We are happy to announce that Bobi Wine, representing the People Movement has accepted the 2019 Africa Freedom Prize nomination from the Friedrich Naumann Foundation for Freedom in Africa. The event will be hosted in Johannesburg on Friday 6 December 2019. “I would like to thank Freedom Foundation Africa for the nomination. It means a lot to the movement and we need as much support for our work as we can get.”

The People Power movement faces many challenges in the lead up to the 2021 elections. “Have Ugandans thought of what a Uganda without President Museveni will look like?” Was one of the questions by a well known human rights lawyer in Uganda. “What about Africa’s military involvement in politics as we saw in Zimbabwe and in Sudan, will Uganda experience the same?” he continued.The movement will face more challenges towards the elections.

There were many qualities that were easy to read from the meeting with FNF Africa that showed that the movement may have the basics right within their movement to keep them going forward: rule of law, functioning state institutions, fighting corruption, and equal opportunities for all. The Foundation will work with the People Power movement in their journey to advance basic freedoms in Uganda. 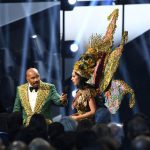 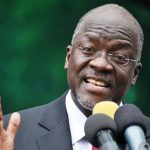