On 17 May 1997, the then President of Zaire, Mobutu Sese Seko, was expelled from power and forced into exile by the rebellion led by Laurent Désiré Kabila, the father of the current President of the DRC.

Behind this political-military crisis, which had paralyzed the country for several months, the eyes were always turned towards Rwanda and Uganda. These neighboring countries have always been suspected of financing Laurent Désiré Kabila and his armed men.


If Paul Kagame and his Ugandan counterpart have always remained silent, 20 years later, the last city accepts in a rare interview, to unveil what happened in 1997.

First of all the Ugandan president, acknowledges well that he helped with Rwanda, Laurent Désiré Kabila, to take power. But for him, there should be no will to interfere ”  in the affairs of the Congo  “.

For Yoweri Museveni, there was talk of ”  defending Rwanda  “. Indeed, ”  Mobutu supported the Interahamwe “, the main Rwandan militia of the 1990s. After the 1994 genocide, many members of the Interahamwe  took refuge in the DRC .

ALSO READ:  Tunisia Announces Nationwide Self-isolation
Loading...
It was therefore in reaction to the threat that this militia had on the Rwandan neighbor that Yoweri Museveni claims to have acted. He stresses that ”  Rwanda was on the front line  ” in the operations that led to the overthrow of Mobutu. The president insists, if Uganda has ” supported  ” Laurent Kabila, ”  it was to defend Rwanda against the Interahamwe ,” he says.

When asked if he was not motivated by the minerals of the DRC, Yoweri Museveni laughed and pretended to wonder: ”  Minerals? Ores for what? In the DRC search for minerals  “? He then describes this hypothesis as ”  crap  “, reports RFI.

The head of state then launches a demonstration on the nature of the subsoil of the region: ”  there are many minerals in Uganda, I have not even exploited them all yet, why I would go get those of Congo? If you do not know the geology of Africa, all the minerals of the Congo are also found in Uganda and Tanzania. It’s the same geology  . ” So, he asks himself aloud, ”  why would I leave the Ugandan minerals to go get those  ” from the DRC?

”  We never intervene for financial reasons, we intervene solely for principles, for Africa  ” he lets in by way of conclusion.President Mobutu, after leaving the ex-Zaire in haste, died 6 months later in Morocco after spending 31 years in power. 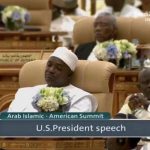 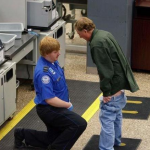