Speaking to the BBC, the 75-year-old said he hadn’t been watching his weight until he paid a visit to the doctors.

“I am always fit but the doctors pointed out the mistakes and then I decided to shed off,” Museveni said.

His comments come in the wake of the public opinion which described him as “looking tired”. However, in a swift rebuttal, he only said he had deliberately lost some fat.

Museveni, who currently weighs 76Kg wrote in his personal blog last month that he “had allowed fat to accumulate in his body frame because the doctors had not explained to us clearly the mistake of now fighting fat”.

“I eat some cassava, because I don’t eat your European food and your Asian foods. I eat our food; which is cassava, some bananas, millets and our vegetables,” Mr Museveni told BBC Newsday presenter Alan Kasujja.

“So I normally eat a little bit of that in the morning. Then no lunch, I just drink water and coffee without sugar because it’s very bad – sugar is not good,” he said.

“Then at around seven [in the evening], I eat two Irish potatoes because they have got low starch, and a lot of vegetables to deceive the stomach that I am putting there something when in fact it’s just the roughage,” he added.

He currently weighs 76kg which is well suited for his 5ft 7in (170cm) height.

Museveni, Uganda’s longest-serving leader added that he has advised Ugandans several times to shun Western foods for local ones, which are, according to him, healthier and also stave off diseases. 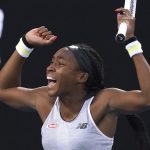 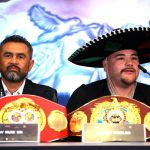