Uganda says it has recorded a baby boom among gorillas in a national park that is a UNESCO World Heritage Site and one of the East African country’s most prized tourist attractions.

Five babies have been born in just six weeks in the Bwindi Impenetrable National Park, according to the state-run Uganda Wildlife Authority (UWA).

The latest, born last weekend, brings the total born this year to seven compared to last year when only three were born.

All the babies were born in the same gorilla group or family – the Rushegura – and the rash of births has increased members of the group, one of more than 20 in the park, to 18.

“This is highly unusual, it’s an incredible blessing,” said Bashir Hangi, spokesman for the UWA.

“As conservationists, we’re chest-thumping, we are excited.”

A 320-sq-km patch of dense tropical forest, Bwindi is home to a range of animals including primates, elephants, antelopes and other wildlife.

The “impenetrable” in its name alludes to the dense tropical forest that covers much of the park.

Tourism is one of Uganda’s key sources of revenue, with visitors flocking to its parks across vast savannah expanses to view elephants, lions, giraffes, rhinos and other big game.

Tourists are mostly drawn to the park by its estimated 400 mountain gorillas – roughly half the world’s population.

Hangi said the boom in births was testimony the country’s conservation efforts were succeeding to an extent despite frequent cases of poaching and other threats to the country’s wildlife.

In July, a court sentenced a man to 11 years in prison for killing a 25-year-old Silverback gorilla named Rafiki, who was a leader of one of the gorilla groups in Bwindi, called Nkuringo, and hugely popular with tourists. 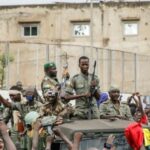 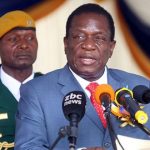